The Ulster Health Committee combined their quarterly meeting with an orientation and update day for the Ulster “Healthy Clubs”at a recent event held at the Garvaghey Centre in Tyrone. 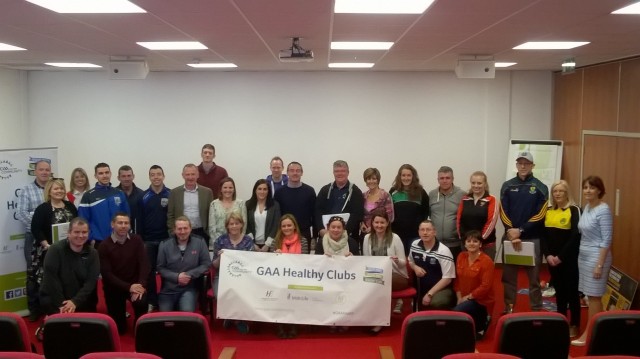 The GAA Healthy Clubs project is a new way of looking at health in the context of the GAA. It aims to help GAA clubs explore how they can support the holistic health of their members and the communities they serve.

The project is now in Phase 2 and across the country involves 60 clubs, 19 of which are from Ulster.

The meeting  provided an ideal opportunity for the Healthy Club representatives from Ulster to meet up with the County Health and Wellbeing Chairpersons who sit on the Ulster Health Committee.

Each club received resources from Ulster GAA including a box of Health booklets “Sláinte is Táinte” and a “Stand out from the Crowd” noticeboard which highlights awareness of drug and alcohol abuse. They also received their Healthy Clubs manual from the National GAA Health Committee and a Rounders pack to promote within their own clubs.

The 19 Healthy Clubs from Ulster are: