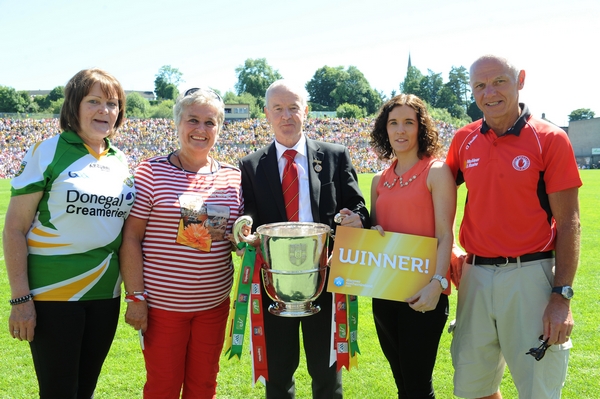 Tyrone Seniors and Donegal Minors were not the only winners to come away from the Clones sunshine on Ulster Football Championships Finals Day last Sunday. Three very lucky supporters in the 33,433 crowd left the ground with something extra to celebrate as part of Ulster GAA’s renowned Golden Ticket initiative.

A special winning ticket was placed inside the official programme of one lucky supporter at the Ulster Football Championship semi-finals and final with the prize of a short break up for grabs, courtesy of our partners at the Discover Northern Ireland.

Similar to the action on the field, the winners also hailed from Tyrone & Donegal:

Congratulations to our prize winners and thanks again to all the supporters who attended Ulster Championship games this year.

With the Ulster Championship season now complete, we would encourage all supporters check out the Discover NI website to uncover more exciting summer adventures – www.discovernorthernireland.com