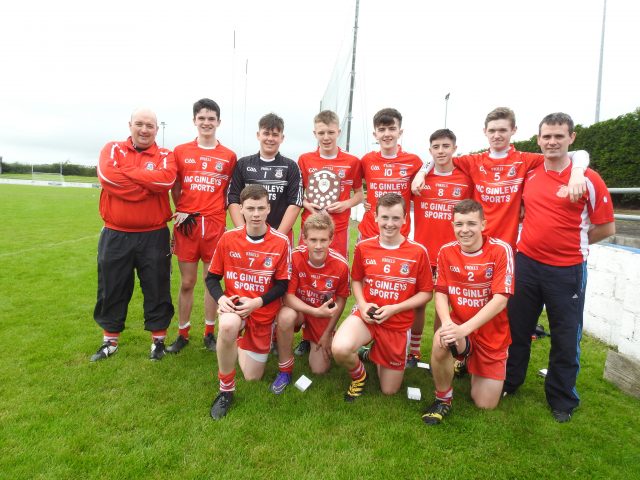 The Óg Spórt U-15  Provincial Final was held on 3rd of September in Aughnamullen, County Monaghan. The event brings together the 7 a-side champions from each county to compete in this prestigious annual blitz competition. Despite the wet conditions it was a very entertaining and exciting day for both players and spectators with a superb standard of skills on show.

Killybegs of Donegal claimed the Provincial title this year by defeating the Tyrone Champions Carrickmore by 0-7 to 0-5 in the final. In the semi finals, Killybegs had defeated Latton of Monaghan by 2 points and Carrickmore ran out convincing winners over Aldergrove of Antrim. The decider was a thrilling encounter with the advantage changing hands at every attack. It was the Donegal men who went on to claim victory however, with their 2 points victory creating joyous scenes with their large group of travelling supporters. 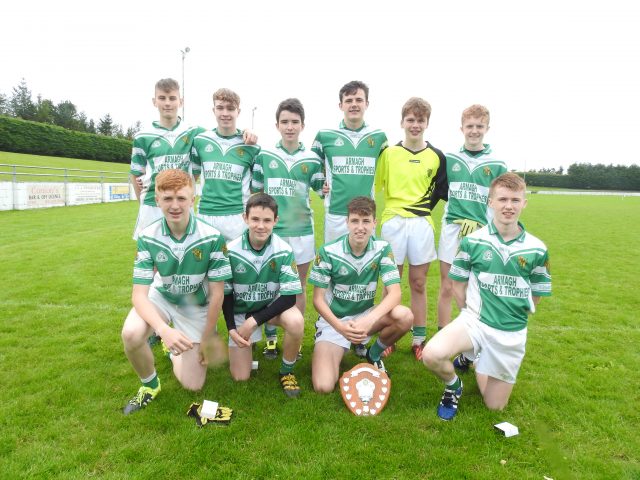 The Plate competition was won by Granemore, Armagh who defeated Enniskillen Gaels, Fermanagh in the final by 2-8 to 2-6.

Ulster Council PRO Michael Geoghegan was in attendance to make the presentation to the victorious teams and Ulster GAA would like to pay particular thanks to Aughnamullen GAA for their help and assistance in hosting this event.