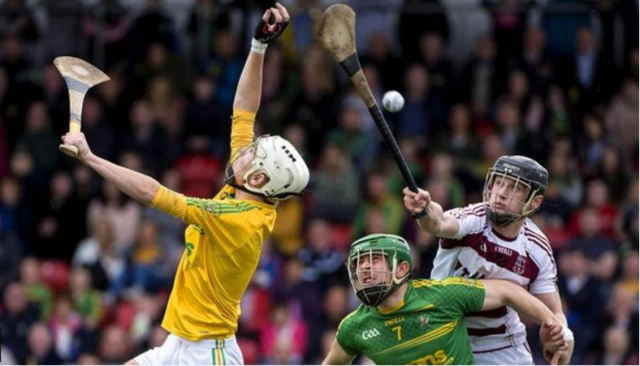 Sunday was another big day of action in the  2017 AIB Ulster Club Hurling Championships with semi-final games in the Junior Intermediate & Senior Championships, as well as a Junior quarter-final replay.

The big game of the day was in Owenbeg where a great crowd over over 6000 people attended to see defending Senior champions Slaughtneil (Derry) take on Antrim champions Dunloy. The Saffron men started the brighter and took an early 1-4 t0 0-1 lead, thanks to a goal from Nigel Elliott. However, Slaughtneil showed the determination and skills that brought home the title last year to run out comfortable winners in the end on a 1-18 to 2-8 scoreline.

Their opponents in the final on 22nd October will be Ballygalget as the Down men with a clear cut 2-26 to 0-8 victory over Lisbellaw, Fermanagh in Corrigan Park – Caolan Baillie & Danny Doran with second half goals. 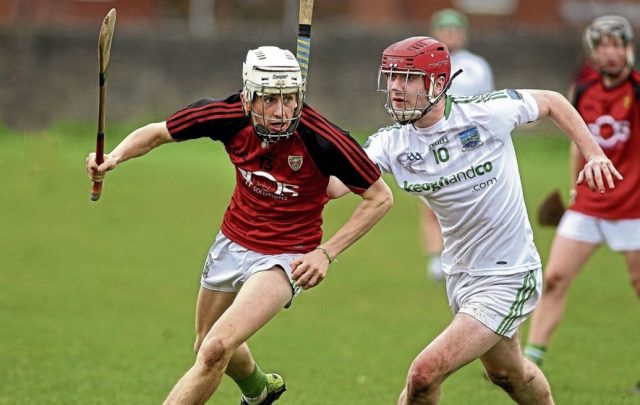 The Intermediate Championship Final this year will be contested by Lavey (Derry) & Middletown (Armagh) after two thrilling games of hurling yesterday. The Derry men came out on top against Sarsfield’s (Antrim) on a 3-16 to 2-17 scoreline – two late Paddy Henry frees proving the difference between the sides in Lurgan.  In Corrigan Park, extra time was required to separate Middletown & Éire Óg (Tyrone) after two late normal time goals for the Red Hands. A strong showing from Ryan Gaffney (1-3) in the additional period helped his side to stretch away and claim a 2-20 to 2-13 victory. 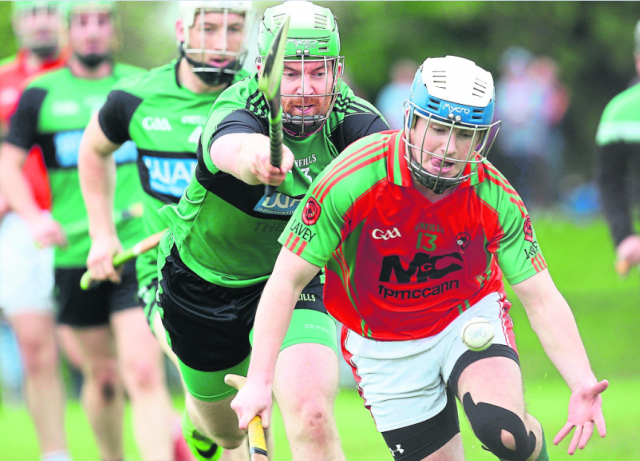 In a tight Junior Championship quarter final replay in Lurgan, Gort na Mona (Antrim) edged out Derrynoose (Armagh) on a 1-12 to 0-13 scoreline, Padraig Fryers with the key goal in the second half. Na Magha (Derry) & Mullahoran, St Joseph’s (Cavan) met in Gavan Duffy Park, Monaghan in the first semi final and it proved to be a comfortable win for the Oak Leafers on a 2-24 to 0-7 scoreline.

Full details of the Ulster Club Championships can be found on our website – https://ulster.gaa.ie/ulsterclub2017/