The large crowd in attendance at Father Hackett Park, Augher yesterday afternoon was treated to a brilliant spectacle as St Joseph’s Donaghmore held off the spirited challenge of Tyrone neighbours Sacred Heart Omagh to capture the Danske Bank McDevitt Cup.
It was a contest that showcased all that is good about Ulster Schools’ football as there wasn’t a sweeper in sight with two well-drilled sides giving their all in pursuit of glory with both teams a credit to their schools.

The crucial spell of the game came either side of the interval as St Joseph’s hit 3-3 without reply to turn the game on its head and establish an advantage that they were never to lose.
Prior to that scoring burst Sacred Heart held a 3-3 to 1-4 lead and they were full value for it. Donaghmore started the better of the two sides and they led 1-1 to 0-2 by the 10th minute with midfielder Senan Morgan bagging their goal.

Sacred Heart midfielder Pearse Goan then blasted in an outstanding individual goal following a 50m run and while a free from Ronan Donnelly briefly restored St Joseph’s lead it was the Omagh lads who now had their tails up.

Goan fired wide from the penalty spot but two goals in three minutes from Tiernan Cox had Sacred Heart on top. With the last kick of the first half a free from Donnelly sailed all the way to the net to leave the winners trailing by only 3-3 to 2-4 at the break.

Two minutes after the re-start a surging run from Callum Lagan finished with his shot being blocked but the rebound fell to him and he shot to the net. Donnelly and Cormac Drayne both converted frees before Eoghan O’Donnell bagged their fourth goal of the game.

It took Sacred Heart eleven minutes to open their second half account as Cox completed his hat trick when he flicked home a Ciaran McArdle pass. In the next attack though that score was cancelled out by a second major from Lagan.

Morgan knocked over a long range free but Sacred Heart were far from finished. Goan atoned for his first half miss when he slotted home from the penalty spot at the end of the third quarter and two minutes later full forward Matthew Hayes reacted first to the ball coming off the post to send to the net as well.

Tadg Cunningham then reduced the deficit to the minimum from a free but just when Sacred Heart looked to have gained the momentum corner forward Conn Sweeney got a 6th Donaghmore goal ten minutes from time.

In those closing stages both sides managed only a point each via Morgan and McArdle and when the final whistle sounded on a breath-taking encounter it was St Joseph’s who had claimed the silverware. 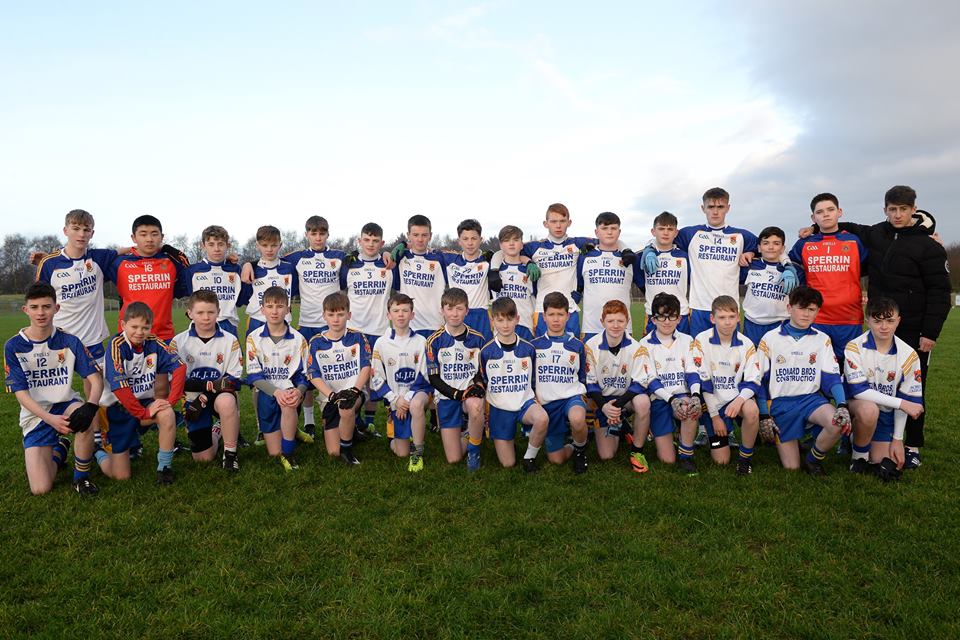 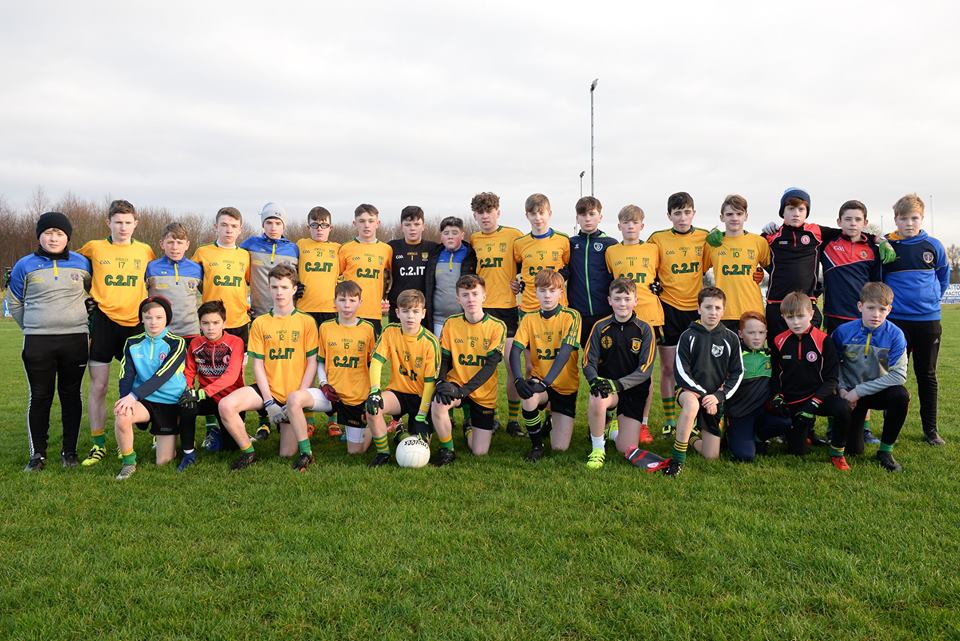 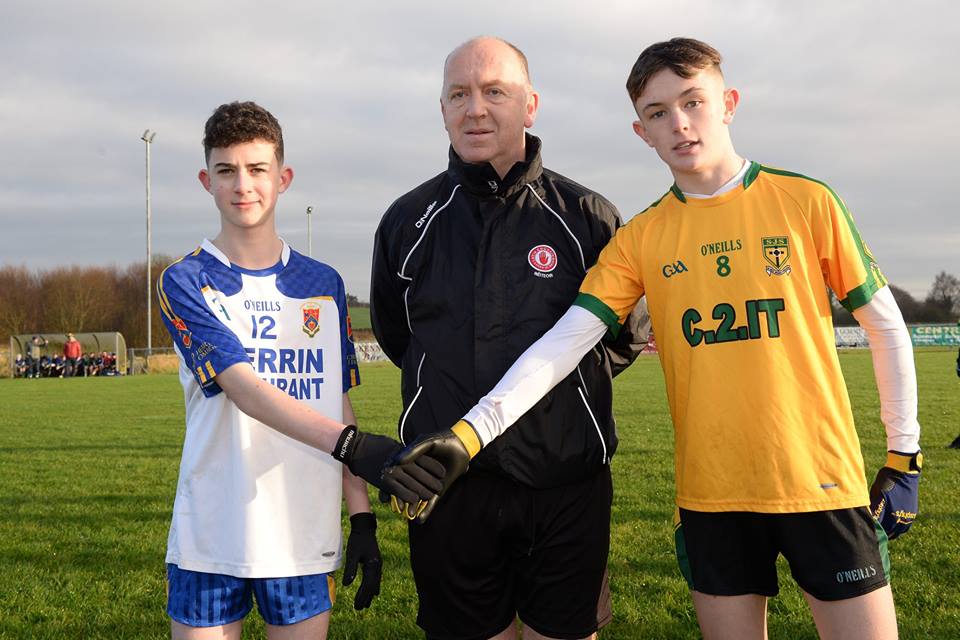