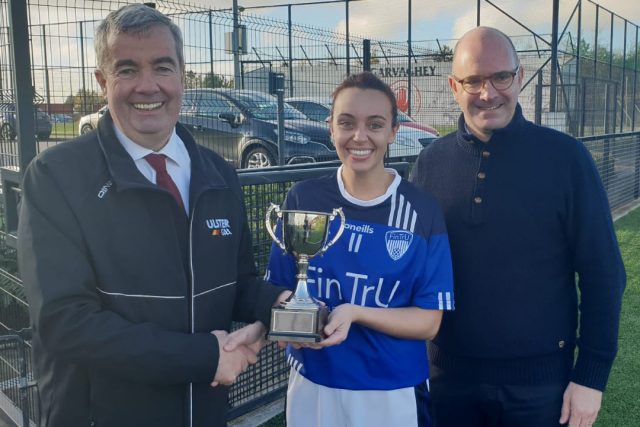 Eight teams entered the Ladies competition, with all teams getting three games in the group stage plus at least one knockout match.  In Section A, last year’s winners South West College once again topped the group winning three from three. Citi finished in second place thanks to a 1-6 to 1-2 victory over Pramerica. That sent the Donegal based company and The GAA Store to the shield.

In Section B, Premier Electrics opened up with a two point victory over Randox but went on to narrowly lose the next two games.  Competition sponsors FinTrU went on to win all three games and top the group and were joined in the cup by Randox who overcome Options IT to come second on score difference.

In the Shield semi-finals, Premier Electrics narrowly seen off the GAA Store thanks to two first half goals and a late penalty save from their goalkeeper. Pramerica overcome Options IT in the other semi-final and would go on to retain their Shield title with a 1-8 to 1-2 win in the decider. 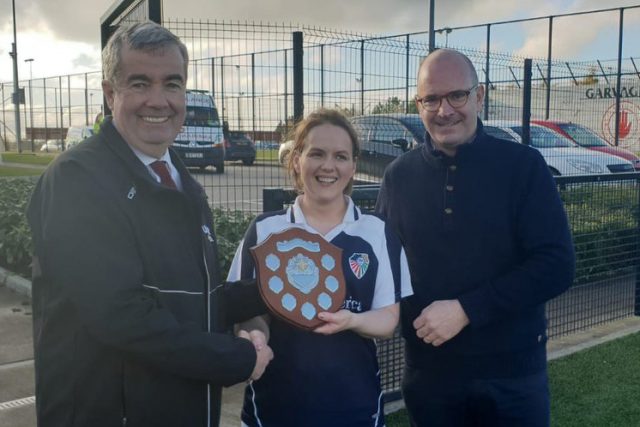 In the Cup, SWC comfortably overcame Randox in the first semi but the second game was a much closer affair before three late points saw FinTrU overcome Citi. The final promised to be a cracking game and so it turned out, with FinTrU getting goals at vital times to emerge 3-6 to 0-7 winners and see captain Stacey McCann claim the Cup. They also received the Player of the Tournament award with Anna Kelly deservedly receiving the recognition her performances had deserved.

In MUSA, nine teams took part in a Junior Men’s section, a competition which saw a remarkable 25 entries this year. Following an entertaining mornings football, Harpscreen and SDC Trailers emerged from Section A with TES and CK International topping Section B.

The first semi-finals saw Harpscreen and CK International play out a tense and closely fought game with the Dungannon company Harpscreen emerging slender winners on a 1-3 to 0-5 scoreline.

In the second semi-final Toome based SDC Trailers ran out comprehensive winners as they pulled away to overcome TES 0-6 to 0-1 setting up a final game with SDC. Harpscreen piled on the early pressure establishing a lead in the opening minutes of the contest. While SDC battled to get back into the game Harpscreen were able to hold the Antrim company at arms-length eventually running out 0-5 to 0-2 winners. Captain Shane Dillon collected the Cup from event co-ordinator Ryan Mellon. 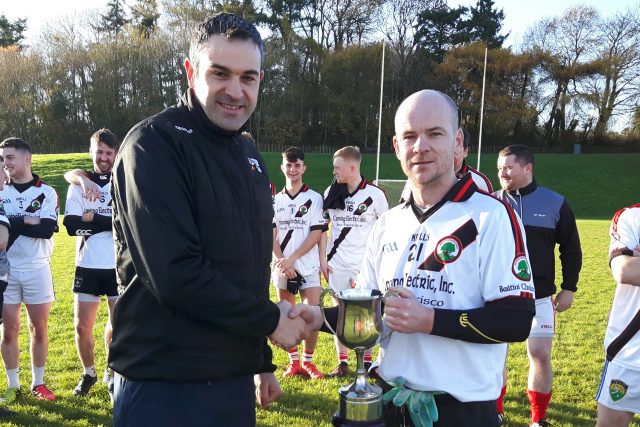