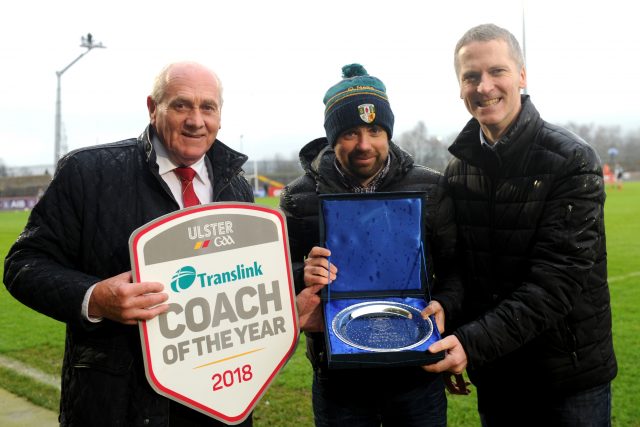 Pádraig Hall, a ladies’ football coach from Gort na Móna GAC is the Translink Ulster GAA Coach of the Year for 2018.

This is the second time that Translink and Ulster GAA have partnered on the initiative, which is designed to recognise those club coaches who demonstrate exceptional commitment to the coaching and development of Gaelic games.

Following hundreds of public nominations, a panel of experts including All-Ireland winning manager, Joe Kernan, Sports Correspondent, Neil Loughran and Ulster GAA PRO Michael Geoghegan selected one finalist from each county in the province. Over 5000 votes were cast in an online poll to select the overall winner.

Representing County Antrim, Pádraig Hall was presented with his award at the Ulster Club Football Final in Healy Park, Omagh. As well as the title, he also wins a commemorative kit and free coach travel for his team, courtesy of Translink.

“We congratulate Pádraig on being voted a very worthy overall winner of our Translink Coach of the Year initiative and wish his club, Gort na Móna, many safe travels next season as they enjoy their prize of free coach travel.

“All of the finalists deserve great praise as they are the stand out coaches from within their own counties. There were thousands of public votes received over the last few weeks and this demonstrates the strength of club support in the GAA and the wish to acknowledge some outstanding contributions of our volunteer coaches in Ulster.”

“On behalf of Translink, I’d like to congratulate all of the finalists who have each been outstanding ambassadors for their respective counties. The standard of initial nominations was exceptional, so to make the final nine should be a great source of pride for the individuals and their clubs.

“Special congratulations must go to Pádraig, who is a very worthy winner. He has been responsible for the development of a thriving ladies football scene, with flourishing participation and success rates. His efforts have galvanised a community and provide young people with positive opportunities, both on and off the pitch, so it’s clear to see why so many people got behind him in the public vote.

“I’m delighted to present Pádraig with the Coach of the Year award. We look forward to transporting him and his team of players next season – we’ll be cheering them on all the way!” 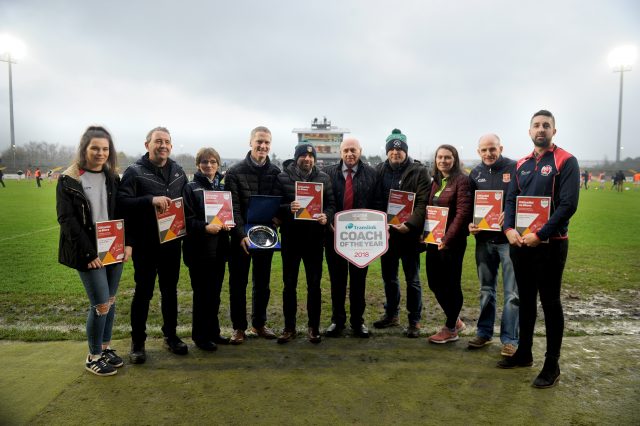 The full list of county finalists in the Translink Ulster GAA Coach of the Year awards was: