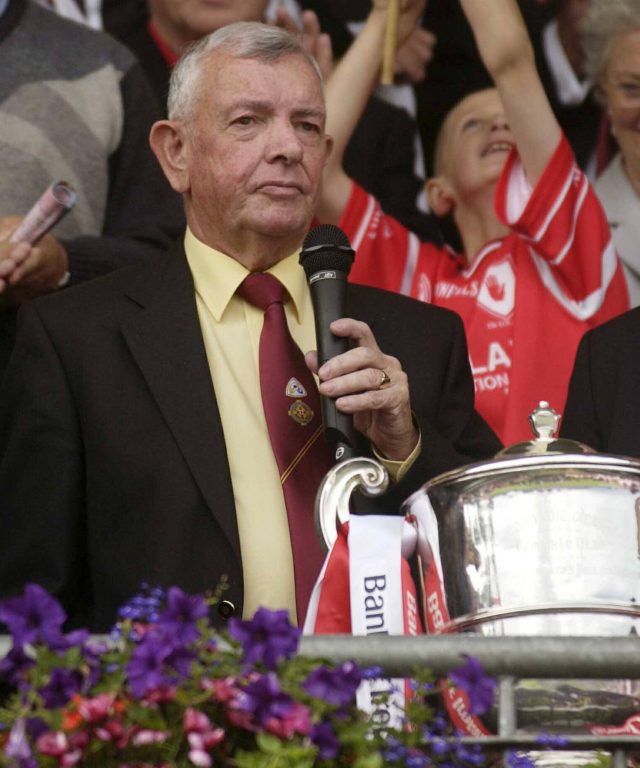 “John was President at a time when Ulster was leading the way on the GAA football fields. He was County Chairman when his native Armagh reached the All-Ireland Final in 1977 but as Ulster President, he had the honour of witnessing them winning the Sam Maguire Cup for the first time, in 2002.

“The following year he had the distinction of seeing two Ulster counties in the All-Ireland Final – something that never happened before and hasn’t happened since – when Tyrone won their inaugural title.

“On behalf of the Officers, members and staff of Comhairle Uladh CLG, we extend our deepest sympathy to his wife Angela, sons Garrett and Kevin, daughters Frances, Maureen, Deirdre and Grainne, his brothers and sisters, his grandchildren and the entire O’Reilly family circle. John was predeceased by his son Brian some years ago.”