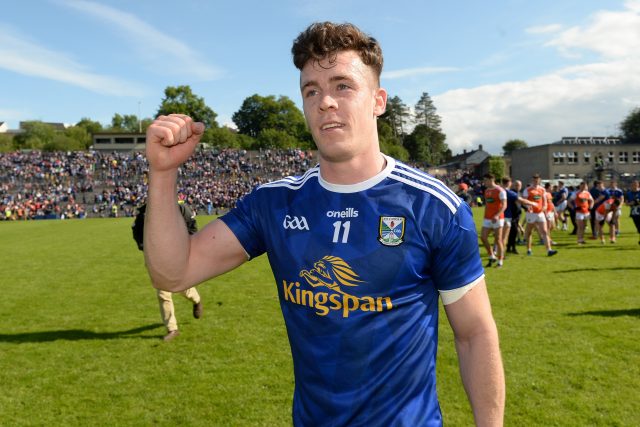 Cavan advanced to their first Ulster final in nearly 20 years with a 0-23 to 0-17 victory over Armagh in a pulsating Ulster Senior Football Championship semi-final replay.

The Breffni men led for nearly the entire contest but Armagh closed the gap to a solitary point midway through the second half as Cavan had to fight for their victory.

Crowds thronged the field at the final whistle as the Cavan fans celebrated with their heroes.

The Cavan forwards were all outstanding with Dara McVeety, Niall Murray and Oisin Kiernan in particular contributing excellently to the win.

For Armagh, they will rue an early missed goal chance for the dangerous Jamie Clarke. Clarke and Rian O’Neill led the Armagh line excellently kicking 0-13 between them but it wasn’t enough.

?@CavanCoBoardGaa centre half back Killian Clarke was a happy man after the game today and is looking forward to 23rd June! ??? pic.twitter.com/hb7HnvmInz

Cavan raced into an early lead in the first half leading 0-9 to 0-2 at one stage. Armagh fought back well and reduced the deficit to three points at the break with Clarke and O’Neill on target.

Armagh got back into it in the second half but scores from McVeety, Conor Moynagh and Cian Mackey all contributed handsomely to the win.

The Breffni men will now play Donegal in the Ulster final on Sunday 23 June.