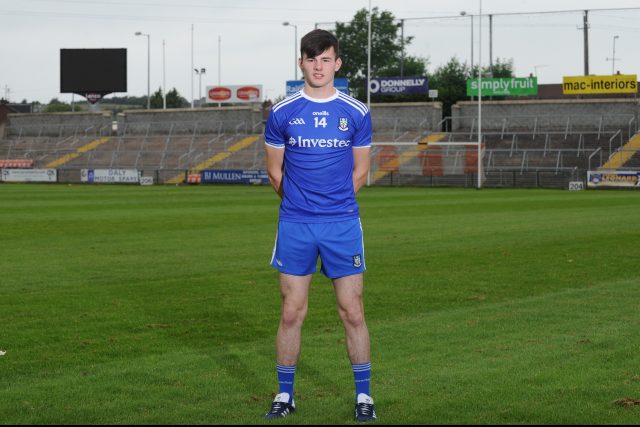 When Monaghan take to the field on Sunday in the Athletic Grounds, they will have the benefit of being led out by a player looking for his second Electric Ireland Ulster Minor Championship medal in as many years.

Jason Irwin was corner forward on the Farney team that defeated Derry in the 2018 decider, and he is first to admit the experience of winning last year will be of benefit to Monaghan as they aim for just their fifth title at Minor level.

“I played in the Ulster Final last year as corner forward, and two of the other lads played Shane Hanratty and Karl Gallagher, so there is a good mix of experience in the team there. Darragh Dempsey was there as well and Eoin Duffy was on the bench,” said Irwin.

Standing in the way of the holders are a Tyrone side that they are well acquainted with over the past six months. The two sides met in the Jim McGuigan Cup [Ulster Minor League] Final back in April, and it took extra time to separate the sides before Tyrone ran out convincing winners.

However, four weeks later the tables had turned as Monaghan travelled to Carrickmore to dump Tyrone into the Qualifiers, a performance Irwin and his teammates will be keen to replicate on Sunday.

The Monaghan captain continued: “We’ve played them in the League Final, and it went to extra time, but we played them in Carrickmore in the Championship and the boys played excellently that day. We were very hungry for it that day and it’s great to be back in the Ulster Final against them [Tyrone].” 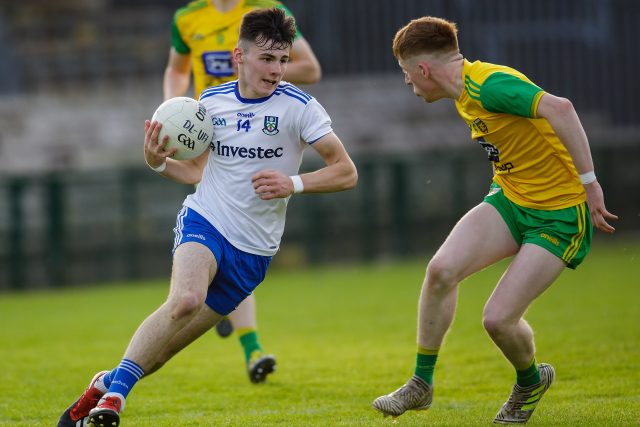 Jason Irwin in action in the semi-final against Donegal

That victory was a turning point in the season, with Irwin playing the role of conductor of the orchestra that evening in Carrickmore. More renowned as a potent inside forward, he dropped much deeper to great effect that evening. And the Farneymen picked up where they left off in the semi-final over coming an early scare to score five goals against Donegal in Brewster Park.

Manager Mark Counihan, in his first season at the helm, will be keen to return the Fr Murray Cup to Monaghan and Irwin agrees the winning back-to-back titles would be a massive lift to the county.

“It would be excellent for Monaghan football with the Seniors going out so early this year. For Monaghan Minors to win two titles in a row in 2018 and 2019, it would be a great achievement for us.”

The game at the Athletic Grounds throws-in at 4pm. Tickets can be purchased from the usual SuperValu, Centra and O’Neill’s Sportswear outlets.