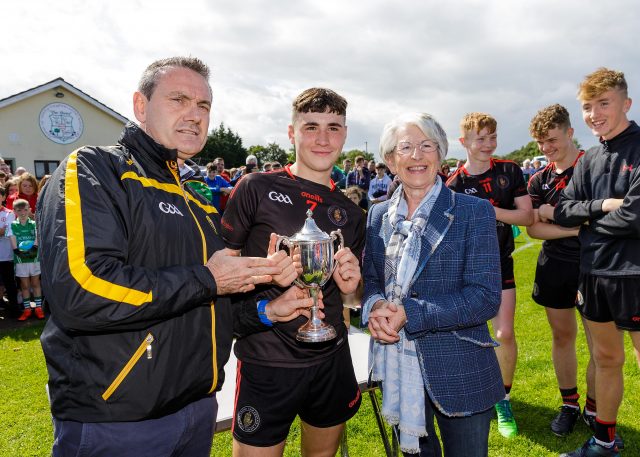 Tyrone Under 15s claimed the Brian McLernon Cup at the weekend as they overcame Monaghan 1-12 to 0-10 at Derrylaughan on Satuday.

It was the Farney County who led at the break making the most of their wind advantage to hold a 0-7 to 0-4 lead. A Patrick McCann goal for the Red Hand County early in the second half gave Tyrone the platform they needed and they eventually ran out convincing winners.