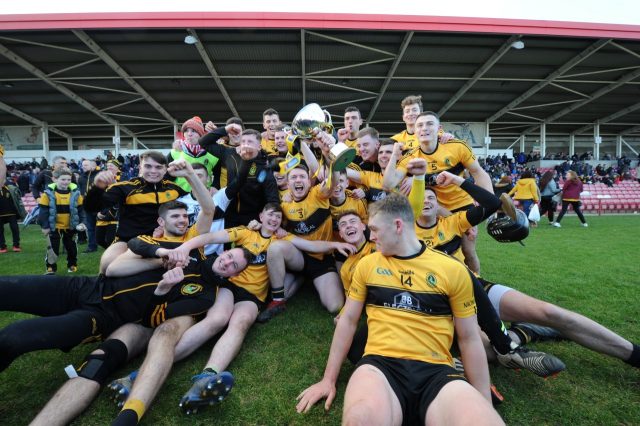 Naomh Éanna are the 2019 AIB Ulster Hurling Intermediate Club Champions after overcoming Eoghan Ruadh Dungannon in a fight to the end at Celtic Park.

The tightly contested final between the Antrim and Tyrone sides was only settled following penalties after extra time.

Eoghan Ruadh dominated for the first 30 minutes and at the half time whistle had clocked up a comfortable lead with 2-10 to Naomh Éanna’s 1-06.

Despite being seven down as they emerged for the second half, the Antrim side refused to give up and Ruairi Donaghy’s goal six minutes in signalled the start of Naomh Éanna’s fightback.

A succession of three unanswered points brought Naomh  Éanna back within two of Eoghan Ruadh as they headed into the final ten minutes and at full time the scoreboard read 2-14 a piece.

Following extra time the two sides still could not be separated with 2-20 each, as it came down to a penalty shoot-out.

The heroes of the day for Naomh Éanna included captain Cormac Ross, the only player to find the back of the net in the shoot-out, while keeper Martin Curran saved four of Eoghan Ruadh’s attempts. 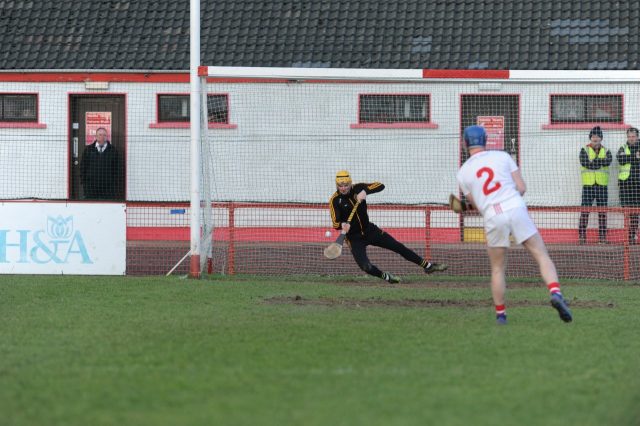