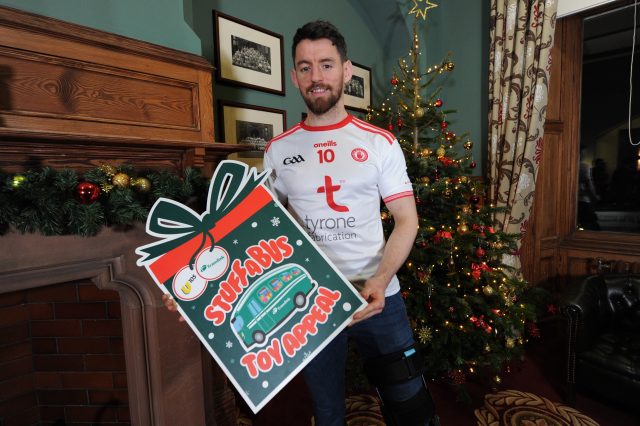 There’s just one week left for you to help a child this Christmas with a donation for the Translink Stuff a Bus Toy Appeal.

Donations for the Christmas Toy Appeal close on Wednesday 18th December with the aim to fill a double decker bus with toys.

GAA fans across the province have already demonstrated their immense generosity with hundreds of donations at the AIB Ulster Football Senior Club Final between the Kilcoo and Naomh Conaill at Healy Park, Omagh earlier in the month.

However, more donations are needed to help reach the 20,000 toy target in aid of the Society of St Vincent de Paul and the Salvation Army.

Gaels from across the province are encouraged to bring an unwrapped toy along to the Toy Collection points at Translink Hubs.

You can leave your gift at Ulster GAA offices in Market Street, Armagh, or find your closest Toy Collection point on the list below: