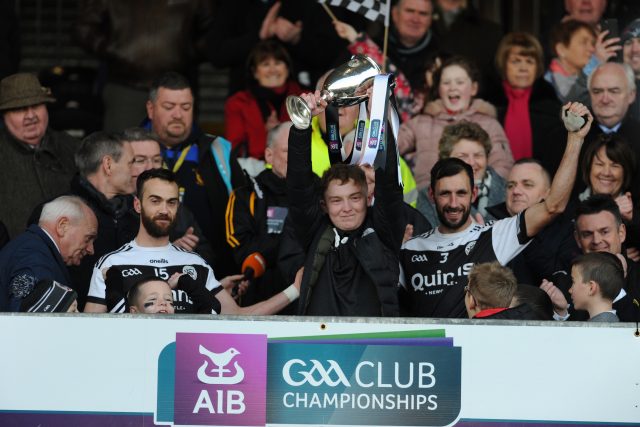 On this International Day of Volunteers, Ulster GAA is delighted to put the spotlight on a young Gael who has contributed significantly towards his club in a volunteering capacity.

Caelan McAvoy, a 22 years old, from Kilcoo was centre stage on Sunday as his club lifted the AIB Ulster Senior Club Championship title in Omagh.

The victorious players on the day, called up the inspirational young volunteer up to lift the cup – it was a touching and significant gesture – highlighting that all volunteers play a considerable part in club success.

Caelan, would have been togging out for the game, had it not been for an immense amount of surgeries which has been tough mentally and physically over the past 12 months.

Having undergone two liver transplant operations and a blood transfusion over the last number of months, Caelan has started back a slow rehab process with his transplant team in the Royal Victoria Hospital in Belfast and is doing this in conjunction with his club.

Despite his poor health Caelan has remained a vital part of his club, and has achieved prestigious awards along the way for his volunteering including GoldMark, The Joint Award Initiative completing the physical and skills sections, completing his Coaching Foundation Course and Safeguarding Award and becoming a 2019 Ulster GAA Young Leader.

No prize was greater though than lifting the Ulster Club Championship Cup on behalf of his club on Sunday along with team mates Conor Lavery and Aidan Brannigan.

Today we thank Caelan and all our volunteers who do so much in their clubs, counties and province to promote and develop Gaelic Games in their respective communities.  Great teams are not just made on the field of play!