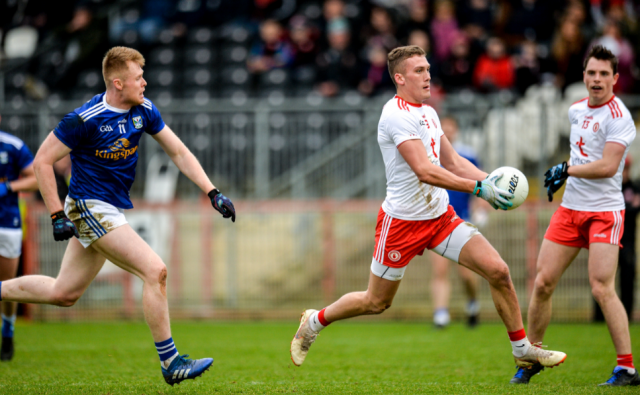 The Bank of Ireland Dr McKenna Cup continued on Sunday with three Round 2 games taking place.

In Section A, Donegal chalked down a one point win over Monaghan at Ballybofey with a full-time scoreline of 1-12 to 0-14.

Despite enjoying a 0-06 to 0-01 lead in the first quarter, scores from Jamie Brennan, Michael Langan, Conor O’Donnell and Peadar Mogan saw Donegal reduce the gap to 0-09 to 0-07 at the half-time whistle.

Next up for Dún na nGall is an encounter with Doire in Celtic Park on Wednesday where a semi final spot is up for grabs.

Antrim overcame the challenge from Fermanagh at Ahoghill courtesy of a second goal from the boot of Paddy McBride in the dying seconds of the game to finish 2-08 to 0-13.

The Saffrons will meet Down at Páirc Esler on Wednesday where a victory over the Mourne men will earn them a place in the semi finals.

In Section C, Defending champions Tyrone clocked up a convincing 1-16 to 0-13 win over Cavan at Healy Park.

In his debut game, midfielder Conn Kilpatrick impressed with two early points  while a crucial goal from Conall McCann ensured a successful outing for the Red Hands in their opening game of the campaign.