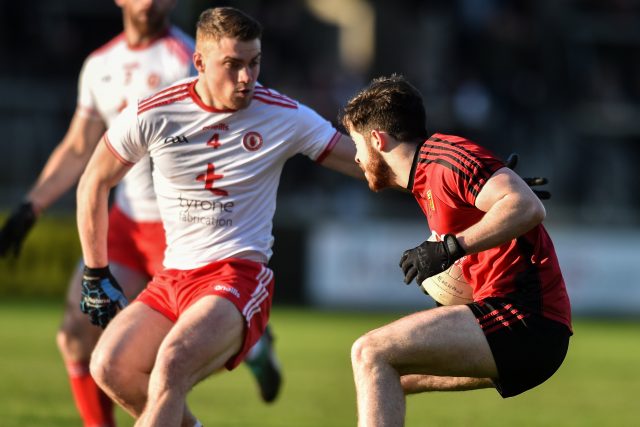 A goal in either half helped Tyrone qualify to meet Monaghan in the 2020 Bank of Ireland Dr McKenna Cup final as they saw off Down 2-16 to 1-10.

An early goal strike from Conall McCann sent the Red Hands on their way to victory.

McCann added two points in the opening 20 minutes as Tyrone established a commanding 1-7 to 0-2 lead.

Darren McCurry was also on form in the opening period, the Edendork attacker helping himself to 0-6 as Mickey Harte’s men built up a 1-12 to 0-4 interval lead.

Down to their credit fought back manfully in the second half with points from Conor Poland and Pat Harvern narrowing the gap. Cory Quinn then struck to narrow the gap to five points.

Tyrone responded well and points for Benny Gallen, Ronan McNamee and then a goal for Ronan McHugh put the result beyond doubt.