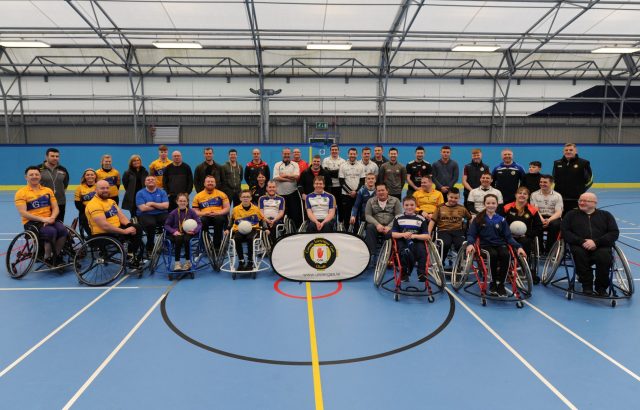 The tournament was open to anyone, those with a physical disability and those without. On the day six teams competed for the trophy with GAA clubs from three counties represented:

Although many of the players were novices in regards to using a wheelchair the quality of the games were of a very high standard and very competitive. Each team consisted of six players and the event was played off with two groups of three, each game was played six minutes per half with a two minute half time.

Before the final took place players and officials held a minutes silence in memory of Adrian McCloskey from St Ergnats Moneyglass who lost his life on the Friday morning.

The final started at a high pace with the wood work being hit by both teams on a few occasions but it was St Paul’s who took the lead at the interval, on the restart they struck again to go two up. 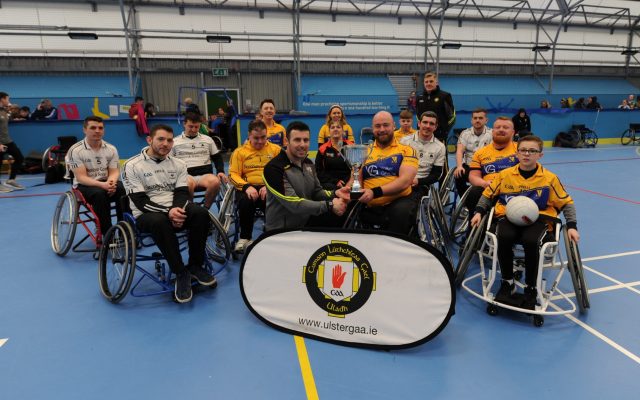 “I would also like to encourage anyone out there to come along to any of our participation hubs to try out the games including those players like myself who have played for their GAA clubs but injuries have caught up with them, you will not realise how competitive and enjoyable these games are until you actually give them a go.” 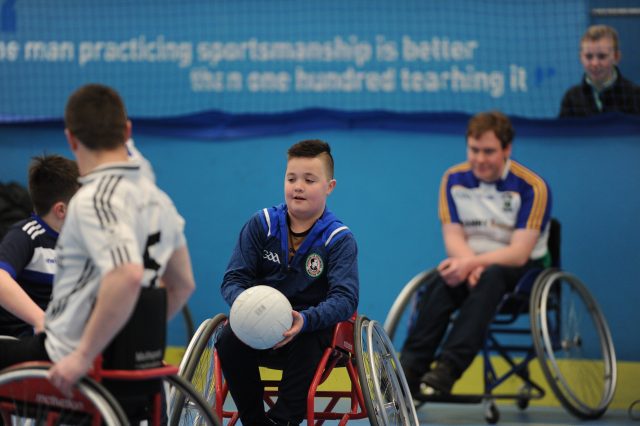 If you or your GAA club are interested in entering/ hosting an event please get in touch.