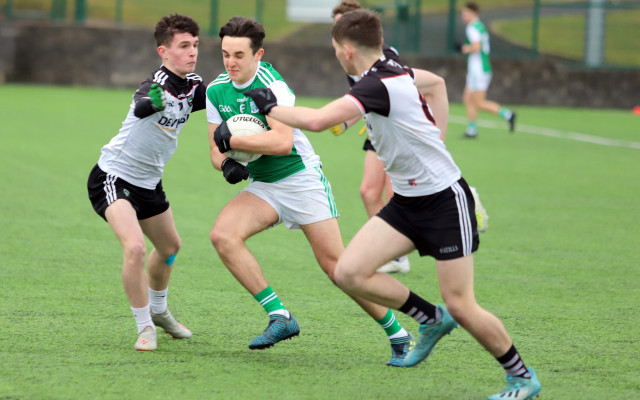 The Dale Farm Protein Milk Ulster Minor Football League continued at the weekend with four games down for decision.

There was an early throw-in at O’Donnell Park in Letterkenny as Donegal hosted Tyrone. The Red Hands, having suffered defeat last week, bounced back with a hard-fought victory against a gallant home side.

Tyrone led at the break 0-5 to 0-1, Sean O’Donnell and Ruairi Canavan sharing the scores for the visiting side.

A Donegal penalty early in the second half got the home side right back into the game as they drew level 1-3 to 0-6.

A Blaine Ryan goal and three further points from Canavan helped Tyrone over the line to a 1-10 to 1-8 victory.

Also in Section B, Sligo enjoyed a 1-8 to 0-9 victory over Fermanagh coming from behind to secure victory. Three Conor White points kept the Yeats County in touch in the opening half and the same player netted with ten minutes to go to help Sligo to victory.

White finished the game with 1-4, while centre half forward Dylan Walsh chipped in with 0-4 for Sligo.

In Section A, Down hosted Derry in Tullylish and ran out comfortable 4-7 to 1-6 winners. Down led at the break 1-7 to 1-1 and added three second half goals to emerge ten point winners.

In the other Group A game, Armagh overcame a half-time deficit to emerge 1-10 to 1-7 victors. Monaghan ran out into an early lead with Stephen Mooney kicking a brace of points on the way to a 0-6 to 0-3 lead.

The second half got off to a blistering start as Matthew Lennon goaled for Armagh before Mooney found the net for Monaghan. Armagh drew level with just minutes to go before Darragh McMullen and Matthew Lennon grabbed late points to seal victory for the Orchard County