Home / No time to dwell on league for Cavan boss Graham 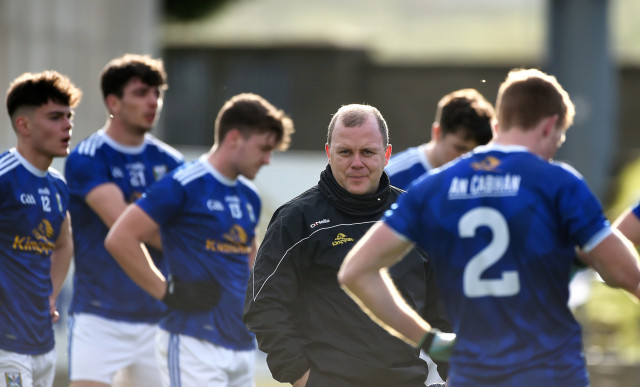 Cavan manager Mickey Graham believes being thrown straight into Championship action this weekend is the best thing for his squad, despite the disappointment of league relegation still fresh in the mind.

After defeat to Kildare the week before, Cavan suffered demotion to Division Three at the hands of Roscommon on Saturday afternoon, and have now slipped down another rung in the league ladder for a successive season after dropping from Division One last year.

The Breffni men get the ball rolling on this year’s Ulster Senior Football Championship with a first-round clash away to rival neighbours Monaghan at Clones on Saturday afternoon, and Graham is positive that the swift return to action can help his squad address the problems of the finish to the league.

“Sometimes when you have time to think about these things and time to dwell on them, you can over-elaborate, and unfortunately there’s not a lot you can do without it.

“Because of the quick turnaround, we as a collective group have an opportunity now to try to fix what went wrong last week as regards our own game, how we can work on things that didn’t happen for us.

“We have an opportunity to do that now, and hopefully we can learn the lessons from last week and bring them into the game on Saturday.” 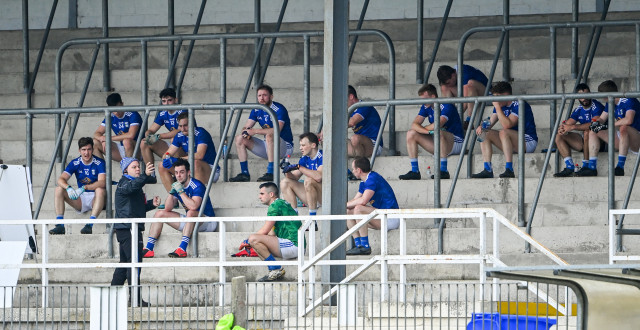 Graham talks to his players in the stands at half-time during the Allianz Football League Division 2 match between Kildare and Cavan at St Conleth’s Park in Newbridge.

The Cavan boss is under no illusions about the level of focus opponents Monaghan have placed on Saturday’s opener, and he believes they will be out for revenge for last year’s Ulster quarter final loss in Kingspan Breffni.

“They have made no secret of it for the last number of months since the draw was made that this is the game they were focusing on,” Graham said of Monaghan.

“Even during the course of the League, the players have come out and said they were disappointed with the performance last year. They wanted to correct that this year. They’ve been targeting this from the word go. We have to be really on our game if we’re going to keep the game tight.

“This is definitely a game they have targeted, no more than ourselves as well. But if you’re looking at the form book at the current time, you’d say Monaghan will be strongly fancied for this one.”

Cavan went on to contest last year’s Ulster SFC final, their first in 18 years, however much has changed since then, for Cavan and certainly in the wider sense of things. A big turnover in personnel is one of the things Graham has had to contend with for the 2020 season.

“Like everything else, the times have changed. We have different personnel that we had last year. We could be five, six, seven different lads from last year that we don’t have this year.

“Monaghan probably nearly have the same squad of players, the same familiar faces, the same bit of experience. So we’ve had to adapt, the newer lads have come in, they’re still finding their feet, you have to give them time.

“Whereas Monaghan, they’re an experienced outfit. They’re competing in Division One regularly now for the last seven or eight years.

“It will probably be a totally different game to what it was last year. It’s winter football as well. Last year was a lovely summer’s evening. The bounce of the ball, the landscape has changed.

“Winter football is about rolling up the sleeves, and getting the hands dirty and scrapping for every ball because there’s going to be lots of mistakes made during the course of the game, considering the weather conditions and everything else. You just have to adapt to whatever the day throws at you.”