Home / Caolan Mooney relishing Down return after a tough year 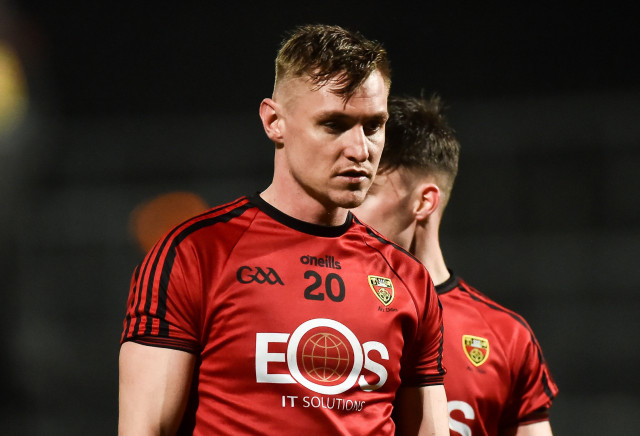 Caolan Mooney is relishing getting back to Championship action again with Down after a particularly difficult start to 2020.

On December 29th of last year Mooney sustained an serious head injury in an incident on a night out that left him hospitalised.

Just hours beforehand, Mooney had played for Down in a Bank Of Ireland McKenna Cup tie against Fermanagh at Brewster Park, and this Sunday he will pull on the Down jersey for the first time since to take on the same opponents at the same venue in an Ulster SFC Quarter Final.

Had the 2020 Championship season proceeded as planned with Down due to take on Fermanagh in May, Mooney admitted that he probably wouldn’t have recovered in time to play a part.

But the Covid-19 pandemic turned out not to be a disadvantage but an opportunity for the player to get back to full health. By June he was back into full training before successfully returning to senior club championship action for Rostrevor in August, eight-and-a-half months after the incident.

“My lockdown started from what happened in late December,” said the 26-year-old, “so my drive was just to get myself right. I used it as a chance to try and catch up with boys who had been training and playing in the league.

“I really had to drive myself to build a level that was going to be sustainable to play club, and then push a bit harder to try and lift it to inter-county level.

“It was good to get more time to catch up. If the league and championship had had went ahead as it would it probably would have left me unable to play. I don’t condone what has happened with Covid, it’s a serious pandemic, but it did give me the time to catch up.” 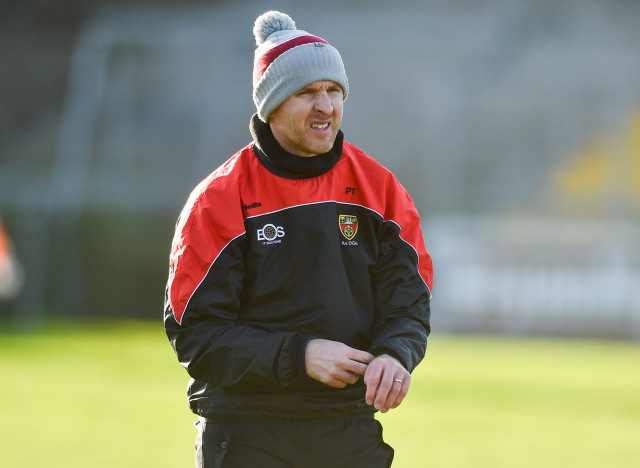 The resumption of the inter-county season was eagerly awaited by Down and Mooney in particular, with promotion from Division Three to be played for. They achieved it, albeit after being awarded a walkover by Leitrim, meaning there was nothing at stake in the final league fixture against Louth.

“You come back into training after lockdown and you’re excited to have a game on the 17th of October, the first thing in our heads was to get ourselves ready, and the day of it we were told that Leitrim wouldn’t be coming up.

“When Longford handed Cork the walkover meaning we were promoted, [the Louth game] was a good chance for Paddy [Tally] to give boys a chance to get game-time. Seven or eight boys made their debuts, so they got a taste of what inter-county football is like.”

Mooney, who didn’t feature against Louth, stressed that Championship football is an entirely different beast to the football those newcomers have been playing with their clubs in the past few months.

“It is a lot different to club football, the speed on the ball, you haven’t got as time as you think, so it’s got those boys up to that standard and maybe opened their eyes to understand how they have to play when they get to this level. Coming into the Championship the speed of play is going to increase again.”

“If you get over the first hurdle in the Championship anything can happen, but you have to take everything as it comes. There’s no back door, so it’s do-or-die on the day.

“Paddy is going to have us ready and prepared. He’ll have watched Fermanagh and tell us what we need to do to try and counter act what they are going to do. We just have to go in with confidence and trust our own ability that we can perform.”