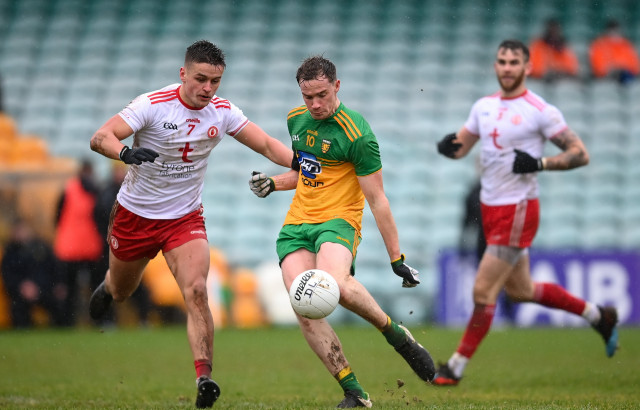 Donegal will go onto the Ulster SFC semi-finals after hard-fought victory over Tyrone at rain-soaked Ballybofey.

Conditions were awful throughout the game, meaning a fast free-flowing game of football was never going to be on the cards.

Instead, it was a real war of attrition, and it was Ulster title  holders Donegal who adapted better to edge out their rivals in the end by two points.

Their tilt at a third successive Anglo-Celt is very much on track but for Mickey Harte and Tyrone, their 2020 Championship season is over at the first hurdle.

On a day when Michael Murphy was scoreless and Jamie Brennan limited to just a couple of points, the damage was done elsewhere for Declan Bonner’s men as Ciaran Thompson and Michael Langan combined to register 1-9 of their 1-13 total.

Langan’s first half goal in came just when Donegal needed it. Tyrone began well and opened up a 0-5 to 0-2 lead with Darren McCurry (2) and Mattie Donnelly posting scores.

Things were squared up by the 25th minute when Sean Patton’s big kickout found Peadar Mogan in room, and he fed the ball to Langan who fired high past Niall Morgan. Jamie Brennan, Paul Brennan and Thompson then found the target as Donegal when in at halftime ahead by two. 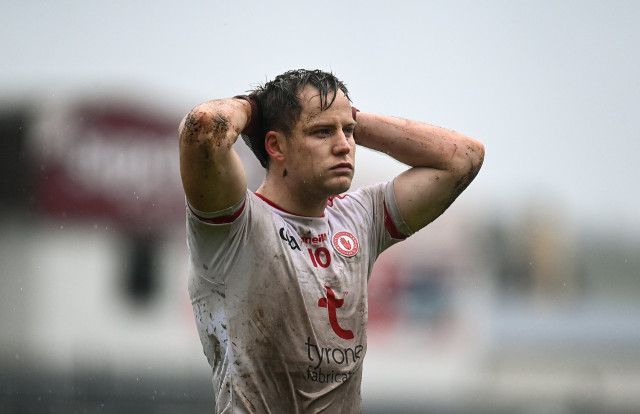 The momentum swung back to Tyrone shortly after the restart when Championship debutant Darragh Canavan pounced on an Eoghan Ban Gallagher error to slot the ball home past Patton.

The Errigal Ciaran youngster kicked a point soon after, but Donegal immediately regained control of the game with four points in the next six minutes, including two from Thompson.

Things were still nip and tuck however, and Tyrone came back again with Frank Burns on target before Mark Bradley clipped over with his first touch of the game. Thompson tagged on two more important frees for Donegal, but a couple of quick Tyrone scores from Bradley and Peter Harte squared the game up once more.

The game was firmly in the balance with ten minutes remaining, but Donegal were able to carve out points through Thompson and Oisin Gallen to give them the two-point lead they’d hold until the final whistle.