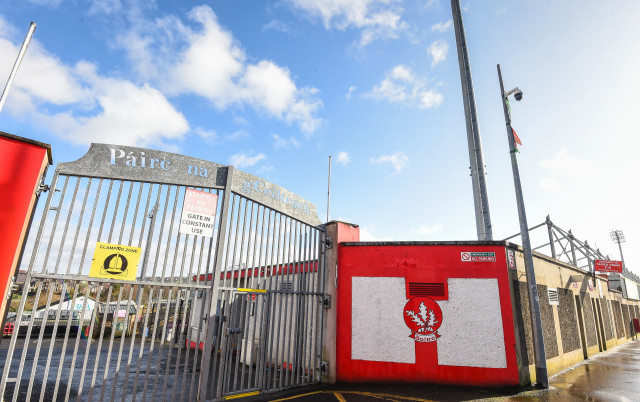 One would have to go back to 1998 for the last of Derry’s seven Ulster titles, and to 2011 for when they last made it through to the provincial decider.

Armagh meanwhile last won the Anglo-Celt back in 2008, their last appearance in the final following a decade laden with silverware. Both of these proud footballing counties have been waiting in the wings a lot longer than they will have liked.

For the Orchard County, securing promotion to Division One last weekend for the first time since 2012 then will only give them a welcome confidence boost going into today’s Ulster SFC quarter-final.

There is a sense now that manager Kieran McGeeney is delivering on the long-touted potential building within the Orchard County. After several years of Championship woe, last season’s Ulster semi-final replay defeat to Cavan and the gallant loss by just a single point to Mayo in a Round 3 qualifier were signs that Armagh were ultimately beginning to make some strides.

Inconsistency has pockmarked their past few campaigns however. Had some sloppy results in this year’s Allianz League been avoided, it arguably would have been themselves hoisting aloft the Division Two trophy last weekend and not Roscommon.

Last Saturday they raced into a 1-6 to 0-2 lead before allowing Clare to claw back control of proceedings for the remainder of the opening half. A winning position against the Rossies the week before was thrown away in the final ten minutes.

Ultimately though, for all the ups and downs, Armagh were full value for their long-awaited return to league football’s top tier. While Ulster wins have been scarce in recent seasons, McGeeney’s side look prepared for their best assault on the provincial title in years.

Jarlath Og Burns and O’Neill brothers Rian and Oisin emerged as stars-in-the-making last season, while Conor Turbitt is another young prospect coming to the fore. Add into that the experienced Jamie Clarke, Stefan Campbell and Rory Grugan, and Armagh are loaded with potent attacking options.

Another feature is the versatility of Aidan Forker. Deployed at full back in the league’s early rounds before leading Maghery to a county title from the number 14 position, the 28-year-old can effectively play anywhere on the field. 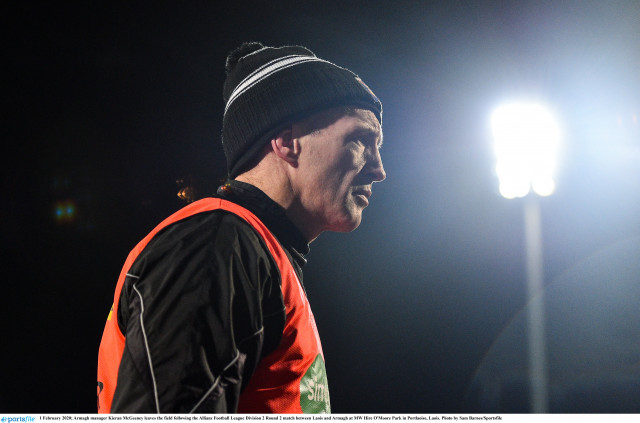 2020 has turned out to be a tough year for any manager coming into a new job, and Derry boss Rory Gallagher will attest to that no doubt. His side began the year hoping to further continue their climb up the ladder following promotion from Division Four last season, but five points from the opening five games left them with a lot of work to do.

Derry still entertained slim promotion hopes on the return to inter-county action, but they were ultimately ended after Longford conceded their final fixture against Cork. Gallagher was always aware however that Armagh in Celtic Park this afternoon has been the real focus since his squad reconvened after the summer lay-off.

The past two weekends have allowed him to hand out auditions to new and returning faces in the Derry camp. Paul Cassidy and Ethan Doherty were among those make their Derry senior debuts, while Oisin McWilliams was handed his first league outing.

The most anticipated newcomer though is one Conor Glass. The prodigious Glen man sent Derry tongues wagging when he announced his return to home soil after a five-year stint with Hawthorn in the Australian Football League. He made his senior county debut as a second half substitute to get Derry over the line against Longford two weeks ago.

Still just 23, Glass’ return to GAA is a huge boost to Derry football for the years to come, but he will be keen for him to make his mark in the Derry shirt more immediate.

Derry fans will also be buoyed by the continued development of Shane McGuigan, who has emerged as one of the top forwards in Ulster in recent years. McGuigan’s scoring exploits led Slaughtneil back to the Derry title this Autumn, and he is arguably the Oak Leafers’ most prolific forward at present.