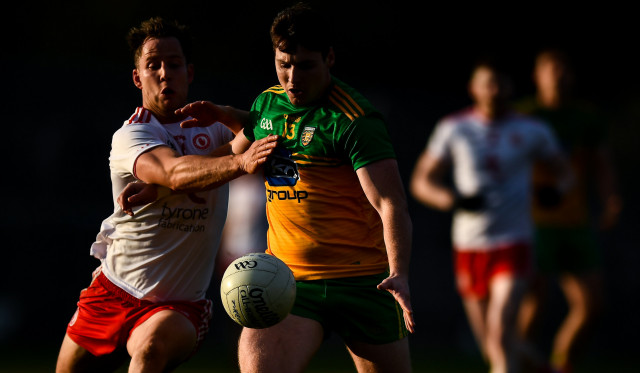 If the Allianz League meeting of Donegal and Tyrone a fortnight ago was a sparring session, this afternoon’s Ulster Championship clash is the heavyweight title fight.

Donegal’s victory two weeks ago rubberstamped their Division One status for another year, and also gave them the bragging rights over their south-easterly neighbours ahead of today’s Ballybofey sequel.

Tyrone ultimately secured their own league safety last week with a gutsy win in Mayo, while Donegal were able to shuffle their deck and rest key men for a long trip down to Tralee with the knowledge that nothing was at stake.

The reality of defeat for either team today however is a much starker prospect. By late afternoon, one of the country’s genuine All-Ireland contenders will have their season brought to a very abrupt end.

While this draw had been made way back in a pre-pandemic time, the circumstances that have since come to pass has seen the back door become a trap door once again.

Declan Bonner has found himself in ‘do-or-die’ situations in the past two Championship campaigns, and has lost out both times. Donegal fell to Mayo last year in a Super 8s winner-takes-all game, and in 2018 it happened to be Tyrone in Ballybofey in a similar match.

On the line for Donegal is also their Ulster crown. They are aiming to become the first time to do an Anglo-Celt three-in-a-row since Armagh in 2006.

In the three years Bonner has introduced exciting talent to the Donegal senior jersey. Shaun Patton in goal has regarded as one of Ireland’s top keepers. Stephen McMenamin has developed into a first-class defender, while Oisin Gallen was the find of last season.

Peadar Mogan, captain of the county’s U20 side last year, certainly caught the eye two weeks ago in Ballybofey with a brilliant slalom run and goal against today’s opponents.

Then there are the more experienced operators. Having turned 30 last August, team talisman Michael Murphy has entered his third decade as a Donegal senior player, and is as influential as ever. Neil McGee is another evergreen performer for the Tir Chonaill County.

Paddy McBrearty, who is named today following an injury, is in his tenth senior season. Aged just 27, he has accrued five Ulster Championship medals. Double All-Star Ryan McHugh is a year younger, but has been an integral player for Donegal since the Jim McGuinness era. 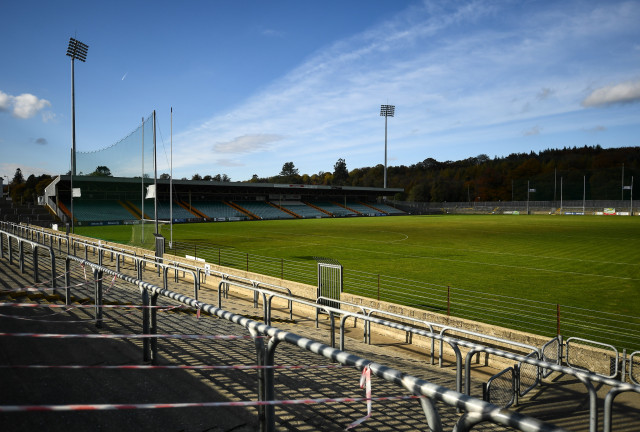 2019 All Star Cathal McShane, who pledged himself to Tyrone at the beginning of 2020 amid AFL interest, has suffered setbacks in his recovery from an ankle injury sustained in the league, and will miss this Championship.

While McShane was almost for heading ‘Down Under’ back in January, another game-changing talent came in from the opposite direction to take his place in the heart of the Tyrone attack.

Conor McKenna’s return to GAA, and just how seamlessly and effectively he has slotted in after five years with AFL side Essendon, has been one of the big talking points in the Championship run-up

A prodigious teenager when he left for Australia, the Eglish man flourished for the Bombers, but never hid his desire to return home to represent Tyrone. His 1-2 debut tally against Donegal two weeks ago followed by 2-2 against Mayo has certainly lessened the blow of McShane’s absence for Tyrone.

There is also the vibrancy of Darragh Canavan, who showed guile and vision that belied his youth on his first competitive Tyrone senior start in Castlebar. More seasoned campaigners such as team captain Mattie Donnelly, Peter Harte, Ronan McNamee and Niall Morgan also turned in fine displays in McHale Park last Sunday.

An empty Páirc Sean MacCumhaill in overcast November elements is certainly not the typical Championship fare, but you can be sure same bubbling intensity will be present when the ball is thrown in.