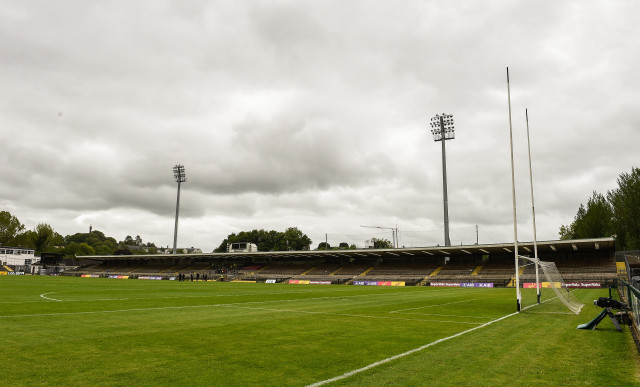 The fourth and final Ulster SFC Quarter Final is a managerial duel between two Tyrone natives.

Paddy Tally was the Red Hands’ coach in 2003 when corner-back Ryan McMenamin helped the county to their first All-Ireland title. 17 years on, they square off on the touchline for their adopted teams of Down and Fermanagh

Fermanagh have been one of the teams whose preparations have been most affected by Covid-19. Ten players tested positive ahead of their crunch league game against Clare, while seven more were deemed to be close contacts and had to self-isolate.

McMenamin was still able to bring 26 players to Cusack Park and they gave as good as they could, but the decimated squad fell to a narrow two-point loss and the Ernemen were duly relegated to Division Three.

Fermanagh going down saw Down passing them on the way up. Their preparation was another one hindered by Covid-19, albeit more indirectly.

Leitrim conceded the first league game after the restart, and when Longford decided not to fulfil their last fixture against champions Cork, it meant the Mournemen had won promotion to Division Two without having to kick a ball.

With nothing riding on the final fixture against Louth, manager Tally handed six players their first league starts to explore the to the depth of his squad before Championship time.

Missing for Down today though are the influences of team captain Darren O’Hagan and forward Connaire Harrison, both ruled out for the season by injury. Caolan Mooney has completed a full recovery following his injury sustained at the end of last December, and he assumes the captaincy role from O’Hagan.

Up front, Kilcoo trio Jerome Johnston, Ryan Johnston and Paul Devlin along with Barry O’Hagan will be expected to back up the experienced Donal O’Hare in carrying the scoring threat for Down.

Everyone is now back and available within the Fermanagh camp, and it has presented some serious competition for places. Youngsters Sean McNally, Josh Largo-Ellis and Luke Flanagan were introduced into the squad in recent months and made starts against Clare, and they will give McMenamin a few selection questions.

Tomás Corrigan will be the main threat up front for the Erne County along with Conall Jones, while team captain Eoin Donnelly and Ryan Jones provide a steady and experienced central axis.

Both of these sides have recent experience of Ulster Championship runs. Fermanagh reached the decider in 2018, their first Ulster Final in a decade, but were outclassed by Donegal.

The previous year was a similar story for Down, who battled past Armagh and Monaghan to set up a finale with Tyrone, but fell to an eight-point defeat in Clones.

With Division One side Monaghan eliminated by Cavan last week, and champions Donegal and Armagh paring off in the semi-final on the opposition side in the draw, both Fermanagh and Down will be renewed with optimism towards forging a path to the big day once again.