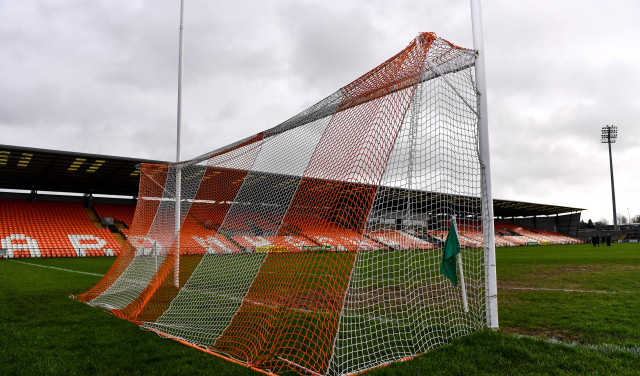 It’s five games in as many weeks for Cavan, but momentum is a tool to be harnessed.

Underdogs coming into their preliminary round tie with Monaghan, they turned the tables on their neighbouring rivals with a stunning extra time win in.

Last week at home in Kingspan Breffni they came up against a well-briefed Antrim side who set themselves up to be resolute and began confidently. In the in the first half they frustrated Cavan and asked questions, while Mickey Graham’s were also at fault themselves for cheaply giving away possession and spurning a number of scoring opportunities.

Eventually though the Saffron resistance weakened and Cavan were able to iron out the creases in their performance to emerge four-point winners. Gearoid McKiernan once again proved his importance in the centre of the pitch, winning primary possession and driving forward to land scores, while team captain and Clones hero Raymond Galligan made a telling contribution at the other end with a crucial save from Patrick Gallagher.

Appearances from the bench from Thomas Galligan and Thomas Edward Donohoe also helped Cavan get into gear. Graham will need his bench to be able to make a similar contribution this afternoon given the heavy workload his team has endured in the past four successive weeks

Plenty to work on remarked the Cavan boss after the game, but not a lot of time to work on it with today’s game coming up fast, but the tired bodies and tired minds of his squad will be aided with that winning feeling. Relegation to Division Three just several weeks ago is now but a scant memory, the here and now of Ulster Championship football has revitalised the Breffni county.

Down meanwhile put their less-than-convenient Championship preparation behind them to flex their muscles against Fermanagh at Brewster Park seven days ago. Much like Cavan against Antrim, Down were gridlocked in the first half by their opponents, but got into the groove in the second period with a combination of strong running and direct possession play to stretch the Erne men and push on to a seven-point victory.

Barry O’Hagan’s four excellent points from play were a standout feature, as was the combative display from deputising team captain Caolan Mooney, who fired over two points from midfield and did the groundwork for Donal O’Hare’s important goal at the start of the second half.

Last Sunday Paddy Tally’s team were only getting their first run-out after the six-month layoff. Leitrim conceded the first league game after the return, and an inexperienced team took to the field the week after in a dead rubber against Louth, meaning that Tally’s Championship cohort were quite a bit short on rehearsal time. After 40 minutes in Enniskillen though they appeared to have brought themselves up to speed, and will be confident from the outset today.

Both these sides have recent experience of being in Ulster finals – Cavan last year and Down in 2017 – but both camps have undergone a substantial change of personnel from the teams that played in those deciders.

Today is a huge opportunity to make another final for these two evenly matched teams, and an intriguing encounter awaits.