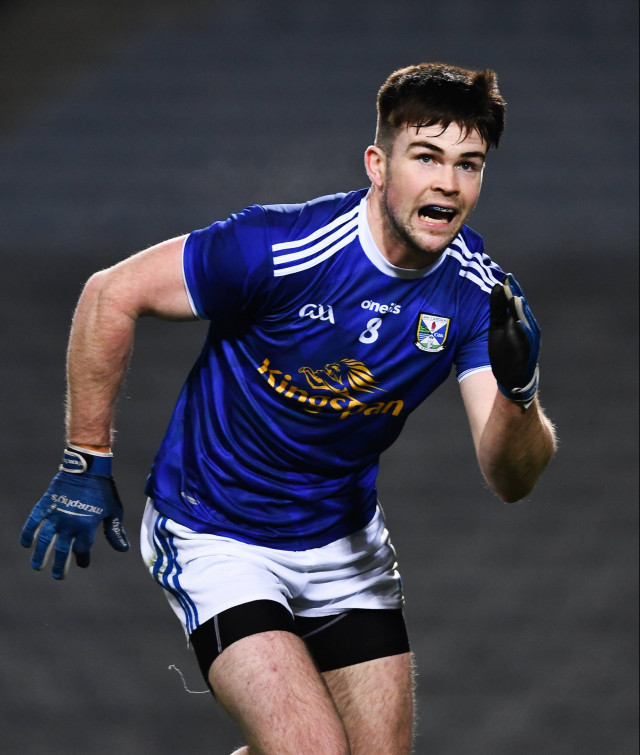 Ulster champions Cavan have picked up three awards on the PwC All-Star Football Team for 2020.

The Breffni County had previously received two awards in the 50 years of the All-Stars, however, their magnificent Ulster Championship triumph is recognised through awards for goalkeeper Raymond Galligan, heroic defender Padraig Faulkner and the influential Thomas Galligan at midfield. In the case of goalkeeper and captain Galligan it makes him the 800th player to have received an All-Star since they were first held back in 1971.

The selections are just reward for Mickey Graham’s Cavan side, who overcame the odds by reaching the Ulster final and then defeating holders Donegal to lift the Anglo-Celt Cup for the first time since 1997.

Goalkeeper Galligan, from the Lacken club, was the hero of Cavan’s dramatic opening game against neighbouring rivals Monaghan, landing a huge free to clinch his side’s comeback win in the final breath of extra-time after earlier making a couple of crucial saves to keep the Breffnimen in the contest.

He continued to lead from the back and pulled off vital saves in the following games against Antrim and Down, the latter another sensational fightback after looking dead and buried at half-time, and once more put in a sterling display against Donegal in the decider as Cavan clinched a famous triumph. Galligan only conceded two goals throughout the four games en route to landing the Anglo-Celt Cup.

Full back Faulkner, of Kingscourt Stars, was a defensive rock throughout Cavan’s campaign, and time and again proved his quality by taking on the very best attacking opponents. He was able to quell the growing influence of Monaghan’s Conor McManus in the preliminary round while in the Ulster final he shackled Jamie Brennan, holding the Donegal danger man scoreless with a superb defensive display.

In the All-Ireland Semi-Final he had the ominous task of marking Con O’Callaghan, but performed admirably against the Dublin star and looked solid in front of his goal throughout. 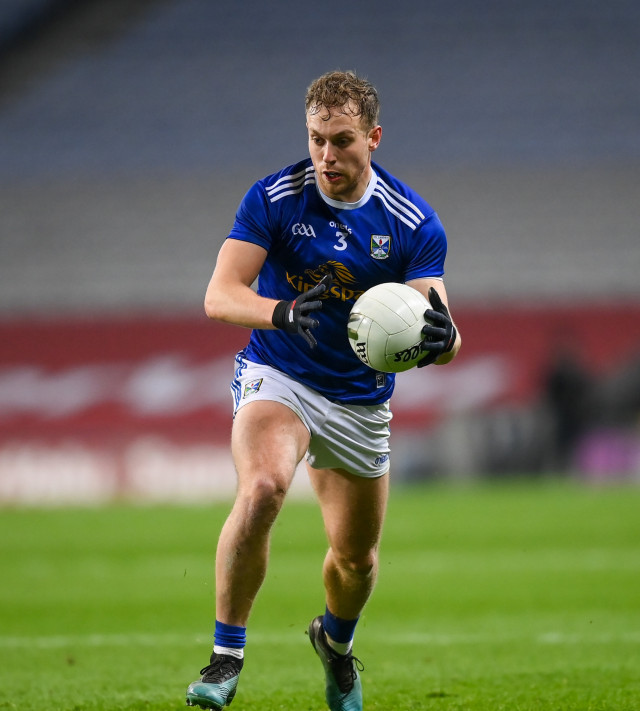 Pádraig Faulkner of Cavan during the GAA Football All-Ireland Senior Championship Semi-Final match between Cavan and Dublin at Croke Park.

Thomas Galligan, cousin of Raymond, was perhaps Cavan’s most influential player throughout their run to win the Ulster Championship. The Lacken man came off the bench against Monaghan to help swing the tie in Cavan’s favour, and again he proved vital in their wins over Antrim and Down, operating between midfield and full forward to power Cavan into the final.

Against Donegal at the Athletic Grounds, even being blood-subbed twice couldn’t stop Galligan from turning in another magnificent display and picking up the man of the match award. He went on to be named the PwC GAA/GPA Player of the Month for November for his outstanding performances in Cavan’s first Ulster title in 23 years.

Elsewhere, All Ireland champions Dublin dominate the selection with nine winners, while finalists Mayo have two players selected and one award went to Munster champions Tipperary.

The awards were picked by a panel of Gaelic Games Correspondents from across print, radio, tv and digital media. The winners will be showcased on a special tv programme on RTÉ this Saturday evening where the PwC All-Stars in hurling will be announced and also the winners of the PwC GAA/GPA Player and Young Player of the Year will be announced in hurling and football.

Uachtarán CLG John Horan said: “I’d like to extend the warmest congratulations to all of those players who have been selected and know it is an honour that will mean a lot to them, their families and the clubs and communities who they represent so well. These awards have stood the test of time as something truly special, and I want to acknowledge PwC for their support and helping ensure that after the achievement that was getting the 2020 Championships played that we can acknowledge all of our players who made it possible and salute the cream of the crop.”

Paul Flynn, GPA CEO said: “I know what a great honour it is to be selected as a PwC All-Star and all 15 players should be very proud of their achievements. Individually they were the best of the best in 2020. I also want to congratulate all the nominees who were shortlisted.”

Feargal O’Rourke, Managing Partner, PwC, said: “All of us at PwC extend our sincerest congratulations to the 15 outstanding players that have been selected for the 2020 PwC All Star football team. While 2020 was different from anything we have ever experienced before, these players showed resilience and adaptability to shine for their counties and gave the country so much to cheer about. These are individual awards, but, achieved as part of a team and it’s important to note that all of the winners are true team players. No doubt their minds have already turned to the 2021 season and we wish them all the best for the campaign ahead.” 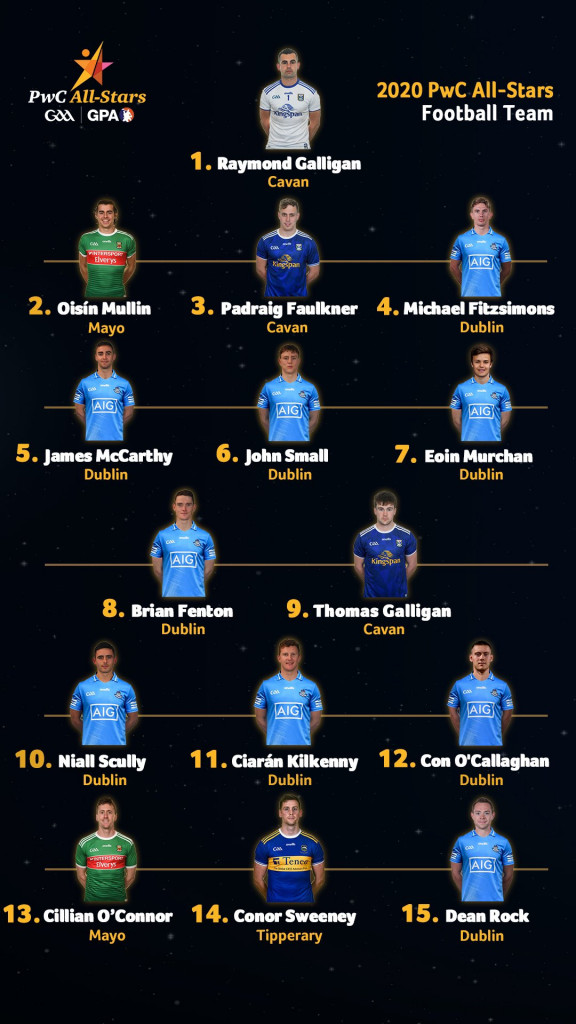