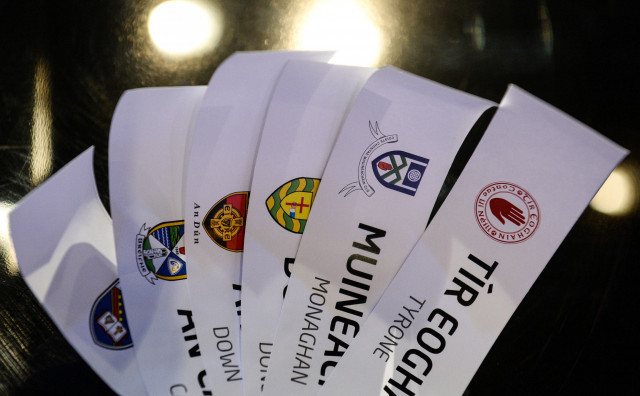 The draws for the 2021 Senior Provincial Football and Hurling Championships will be broadcast live by RTÉ next week, on April 19th and 20th.

The 2021 Ulster Football championship draw will be televised on the 6.01 News on RTÉ 1 on Tuesday April 20th.

Five teams are in Bowl 1: Antrim, Armagh, Donegal, Down & Fermanagh

Step 1: From Bowl 1, the 1st team drawn plays the 2nd team drawn in Preliminary Round.

Step 2: The four teams from Bowl 2 are added to Bowl 1, and teams are stirred.

Step 3: The third team drawn plays the winner of the Preliminary Round in the fourth quarter-final.

Step 4: The fourth team drawn plays the 5th team drawn in the first quarter-final and so on until and teams are drawn. 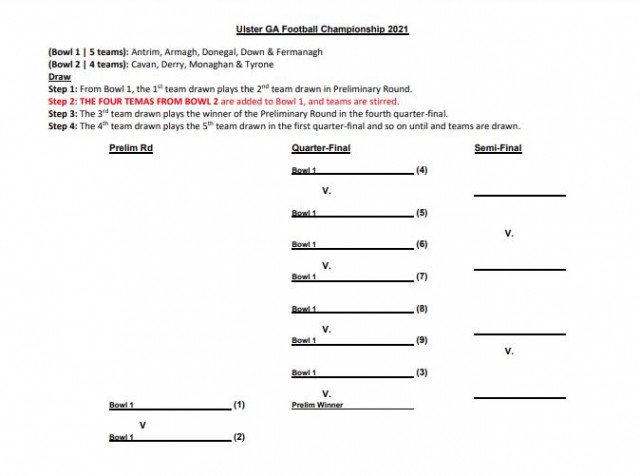 The GAA last week published a revised 2021 Master Fixtures Calendar which will see the inter-county season played off in a 20-week period with the All-Ireland Senior Football and Hurling Finals in August.

More details of the Master Fixtures Calendar are here: https://www.gaa.ie/news/gaa-announce-revised-master-fixtures-calendar-for-2021/