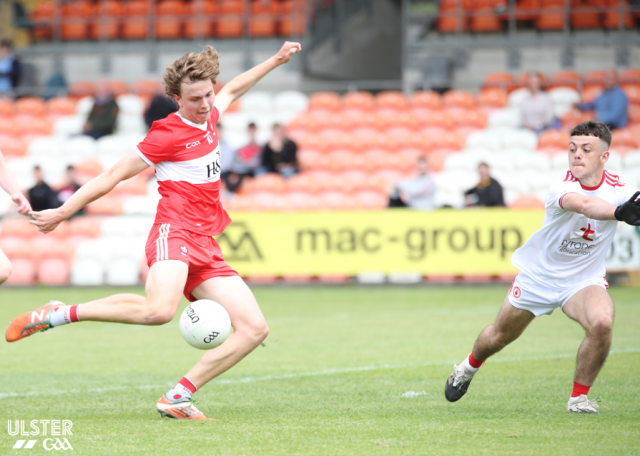 Derry earned their place in next week’s 2020 Electric Ireland Ulster Minor Football Championship Final thanks to a single point victory over near rivals Tyrone at the Athletic Grounds in Armagh.

Derry largely held sway in the opening period with skipper Matthew Downey finding the net, and while a goal from Cormac Devlin briefly had Tyrone ahead, the young Oakleafers struck for second goal through Niall O’Donnell from very next attack. Conor McGillion responded however with Tyrone’s second green flag just before the break to bring them back to within a point behind after a relentless first half.

Tyrone raced out of the blocks in the second half and moved ahead with points from the newly introduced Ruairi Canavan and Conor Cush, but Downey crashed home a penalty to swing the game back in Derry’s favour in the 40th minute.

That goal proved to be significant as a tense final quarter played out with Tyrone chasing an equaliser, but Derry held them off to book their place in next Friday’s decider. 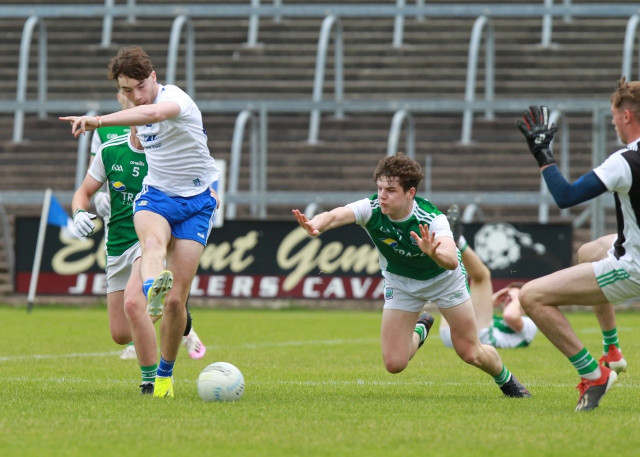 Supporters at Kingspan Breffni were treated to a thrilling match as Monaghan overcame Fermanagh by three points in the afternoon’s second semi final.

Monaghan got off to the dream start with two goals in the opening few minutes through Michael Hamill and James Slevin. Fermanagh shook themselves into life however and fine play from Dara Flanagan down the right flank saw him square for Sean Conlon to palm the ball home to the Monaghan net.

Monaghan nudged in front with Stephen Mooney accurate from both frees and play before Fermanagh had another sniff at goal, this time Justy McDade’s strike being pushed out by Monaghan goalkeeper Daragh Croarkin. Straight from that kickout Monaghan went down the other end and had Mooney hauled down in the area but Ross Bogue was equal to his resulting spot kick, and the sides went in at the break separated by two.

Fermanagh did get their second goal not long after the restart through powerful midfielder McDade, but Mooney and Farney skipper Conor Eccles landed points to open up a three point lead for Monaghan.

Fermanagh seemed to come out of the second half water break a rejuvenated team and three points in a row levelled the tie once more, and as the minutes ticked towards the end of normal time they were well in the ascendancy with Diarmuid King’s point moving them in front once more.

Monaghan were not to be denied however and put together a great move down the field for sub Dylan O’Reilly to stroke home a crucial goal. Fermanagh went down to 14 men for the remainder of the game when Ronan McCaffrey was sin binned, and a Cian Conlon free put the seal on a memorable Monaghan win.