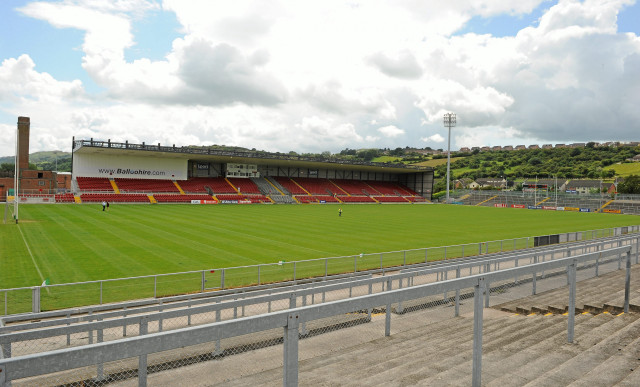 The Ulster Senior Football Championship has returned with today’s provincial curtain-raiser at Páirc Esler seeing Down take on Donegal in the first round.

Donegal’s hopes of an Anglo Celt Cup three-in-a-row last Autumn were dashed when a mesmeric Cavan side upset the bookies in an Ulster Final for the ages. Cavan’s fairy-tale triumph was part of a 2020 GAA season remarkable in many ways, and while normality has not quite fully been restored, the staging of the Ulster Championship in warm summer climes is one welcome return.

Down were also victims of Cavan’s marvellous journey to victory last November. They looked on course to book a place in the final having ran up a ten-point lead, but the Breffni men refused to lie down and stormed back to prevail by a single point at the final whistle.

Had Down had have saw out victory that day at the Athletic Grounds, they’d have set up a final encounter against today’s opponents Donegal with whom they last encountered in the 2018 semi-final, where an authoritative Donegal ran out 2-22 to 1-12 winners before going go on to win the title against Fermanagh a fortnight later.

Donegal have prepared for today by emerging on top of a ‘mini Ulster Championship’ in a Allianz League Division One ‘North’ section containing Armagh, Tyrone and Monaghan.

They overcame a 14-man Red Hand County side in a thrilling season opener at Healy Park, with six Michael Murphy points and four from Paddy McBrearty doing the trick for Declan Bonner’s men.

A blow came with the loss of talismanic leader Murphy to injury in the early stages of their league clash with Monaghan, but Donegal showcased enough resolve and leadership elsewhere on the park to salvage a valuable draw.

That 1-20 to 4-11 result didn’t look to be on the cards after the Farneymen hit for three goals in a frenetic first half, but the likes of McBrearty, Ryan McHugh, Michael Langan and Hugh McFadden stepped up in Murphy’s absence steady the ship. Subsequent good showings against Armagh and Dublin furthered indicated that Donegal are far from being a one-man band.

Down’s league campaign meanwhile didn’t get the ideal start with a chastening defeat away to last year’s beaten All-Ireland finalists Mayo. Meath handed them another conclusive defeat, and despite a narrow win against Westmeath, and they found themselves in a Division Two relegation play-off with Laois at today’s venue.

The Mournemen came good when needed to retain their status in the second tier of league football, earning a comprehensive seven-point win. Clonduff marksman Barry O’Hagan put in a masterful display in front of the posts, scoring all nine of his frees and grabbing a goal.

He, along with promising Mayobridge attacker Cory Quinn, will be expected to take on the bulk of Down’s scoring responsibility in the absence of Donal O’Hare and Jerome Johnston, who are unavailable to boss Paddy Tally for this campaign.

Caolan Mooney supplied 1-2 against Laois and he too will have an integral role if Down are to upset the odd here today, as will experienced team captain Darren O’Hagan, who has returned having missed last year’s Championship due to injury, and has underlined his influence with his league performances so far in 2021.