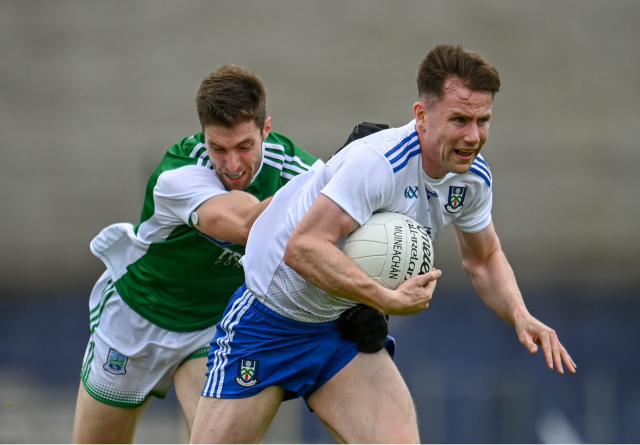 Monaghan and Armagh will meet each other in the first 2021 Ulster Senior Football Championship Semi-Final.

At Clones on Saturday the Farneymen were able to build a comfortable enough margin against Fermanagh and went on to stay well out in front for the remainder of the game.

Aaron Mulligan and Michael Bannigan were on target early on while a steady stream of scores also came from the Monaghan rear-guard, and Jack McCarron palmed goal from a rebounded Sean McNally save on 18 minutes set them on their way to a seven-point lead at the break. Sean Quigley’s frees were the main source of Fermanagh’s first half total of 0-7.

In the second half Monaghan held off the visitors without much fuss and subs Niall Kearns and Colin Walshe came off the bench to notch a few points. Ultan Kelm and Aidan Breen kept the Fermanagh scoreboard moving but it was always going to Monaghan’s day. A sour note however for the hosts was star forward Conor McManus was forced to leave the game near the final whistle after sustaining a leg injury. 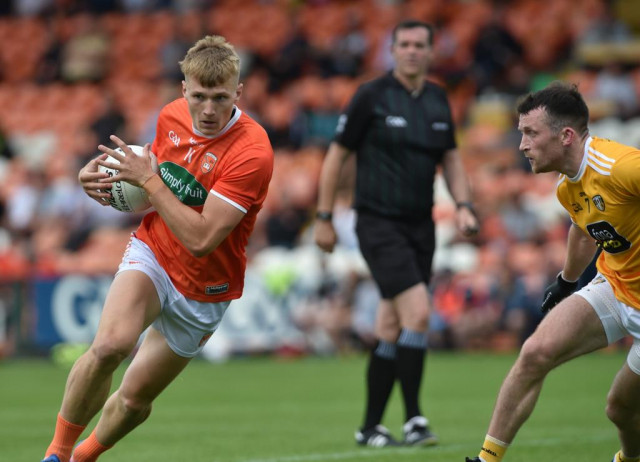 The score-line at the end of Armagh’s 13-point victory over Antrim at the Athletic Grounds on Sunday was probably not the truest reflection of the game, but nonetheless the home team’s ability to find the net was ultimately the difference on the day.

The sides were separated by just two at the break, with Rory Grugan’s goal edging Armagh ahead of a determined and organised Antrim side who had the measure of their opponents in the opening 35 minutes. Rian O’Neill and Ryan Murray traded frees to that point, but scores from Patrick McBride and Niall McKeever kept Antrim right in touch at the interval.

After the break however Armagh began to kick on, and when Rian O’Neill planted home a penalty in the 45th minute some daylight began to appear between the sides. Antrim to their credit didn’t roll over and kept chipping in with scores, but ultimately further Armagh goals from substitutes Conor Turbitt and Tiernan Kelly but the game beyond doubt at the final whistle.