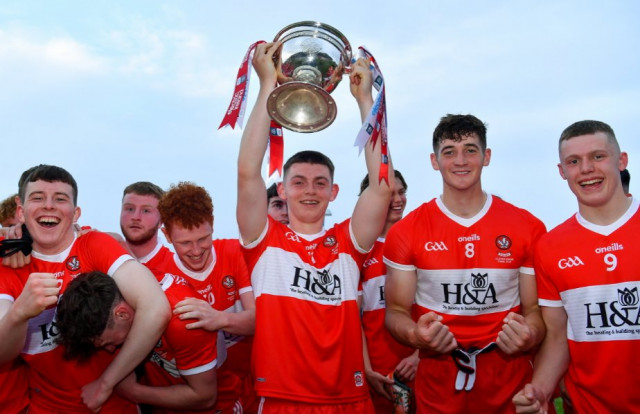 Derry staved off a late Monaghan comeback to be crowned victors of the prolonged 2020 Electric Ireland Ulster Minor Championship.

Derry began the game with authority and held a commanding seven-point lead by halftime, with Niall O’Donnell striking for a goal in the opening stages to give Martin Boyle’s lads a perfect start.

The young Oak-Leafers continued in the same vein after the restart and were still comfortably in front by the second half water break before Monaghan mounted their fightback.

Derry’s Lachlan Murray was sent off, and with the extra player advantage the young Farney side came surging back into the tie with Cian Conlan and Stephen Mooney among their point scorers.

Monaghan had seized all the momentum as the game slipped into injury time and had the margin cut to a single point. The drama escalated even further when Kian McGonigle denied Monaghan skipper Connor Eccles a winning goal with mere minutes to play, and when Ryan McEldowney went down the other end and fired over Derry’s insurance point it ensured Derry would hang on for their first Minor provincial crown since 2017

Derry will play Meath in the All-Ireland semi-final after the Royals’ 1-8 to 1-7 win over Offaly in Wednesday’s refixed Leinster Final. 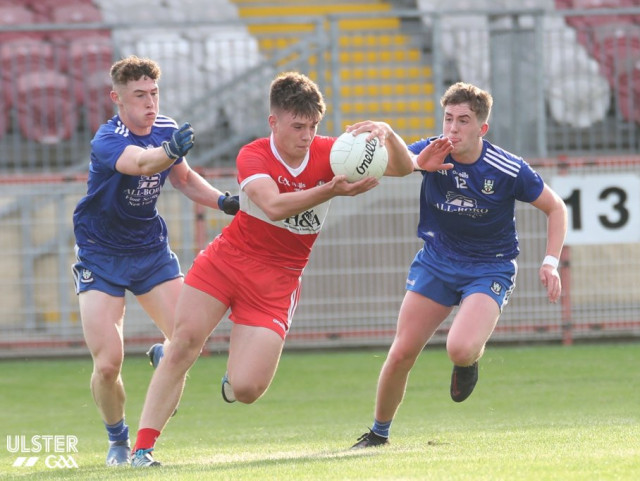