Home / Monaghan and Tyrone through to 2021 Ulster SFC Final 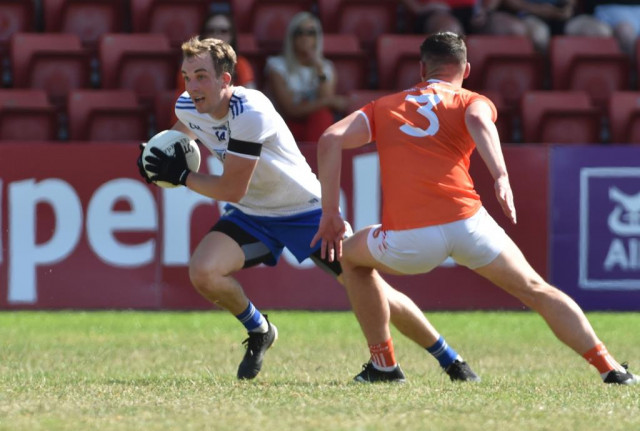 The 2021 Ulster Senior Football Championship will be contested between Monaghan and Tyrone after an exciting weekend of semi-final action.

Monaghan scored three injury-time points to earn a memorable victory over Armagh in a thrilling 4-17 to 2-21 win at Páirc Esler on Saturday.

Seamus McEnaney’s side led by seven at halftime after scoring four first half goals, with Conor McManus, Jack McCarron, Micheal Bannigan and Darren Hughes all getting through to find the net in the opening half.

Despite those defensive frailties Armagh had been performing well in attack, and led by the inspirational Rian O’Neill, they roared back into the game in the second half to turn the game on its head and lead by two in the late stages. Orchard substitutes Conor Turbitt and Tiernan Kelly both hit the net as O’Neill brothers Rian and Oisin and Rory Grugan all kicked vital scores.

In a thrilling finale though, the ever reliable McManus stepped up to send over two clutch frees before Stephen O’Hanlon tagged on an insurance point as the Farney to reach their first final since 2015. 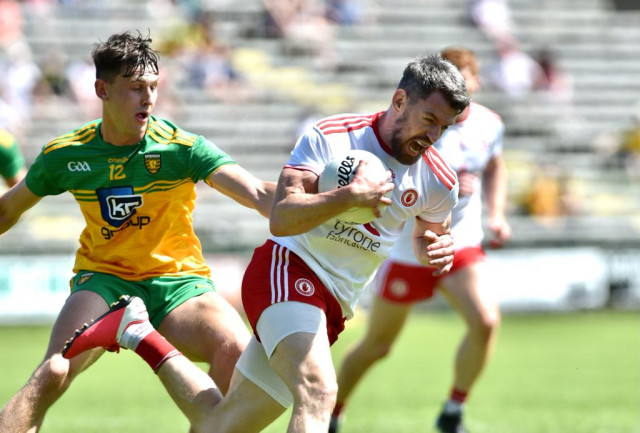 They’ll face Tyrone after the Red Hands got the better of Donegal, 0-23 to 1-14, in Enniskillen yesterday.

The first half was closely run with Tyrone at the interval leading by one, but a defining moment came minutes earlier when Donegal had captain Michael Murphy sent off, having missed a penalty in the 27th minute that would have put the Tír Chonaill five ahead at that point.

Donegal had also been rocked by the loss of Neil McGee with injury inside the game’s opening few minutes. Tyrone’s challenge was being led by Darren McCurry and man of the match Kieran McGeary.

Caolan McGonigle’s goal early in the second half ensured Donegal remained in close contention despite their numerical disadvantage, however Tyrone’s bench made a telling impact in the final quarter with substitutes Tiernan McCann, Conor McKenna and Cathal McShane all scoring key points to drive them home to victory.

Tyrone, who also finished with 14 following McGeary’s late black card, closed out the win to book their place in a first Ulster final since 2017.