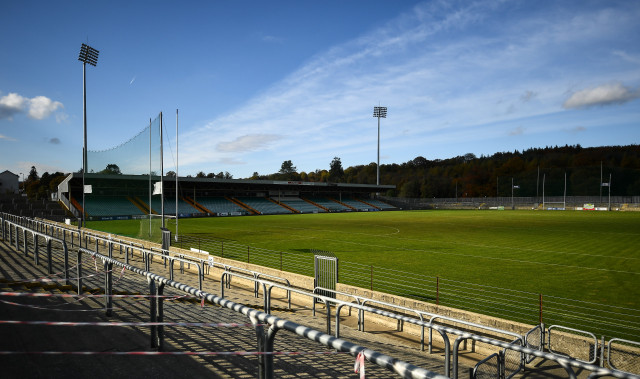 Derry’s last victory over Donegal in Ulster Senior Football Championship was the 2008 Quarter-Final at Ballybofey when they won 1-14 to 1-12.

Since then, they have met in Páirc Séan Mac Cumhaill just once, in 2012 when Donegal came out 2-13 to 0-09 winners, a season that would yield an All-Ireland title come September.

The Tír Chonaill have claimed three Ulster titles in the intervening nine years, and their show of strength in the Ulster SFC opener in Newry two weeks ago was a reminder of the ability they still possess.

They outclassed Down 2-25 to 1-12, but the recurrence of an injury to talisman Michael Murphy is no doubt a worry for boss Declan Bonner. Not that it hindered Donegal too much in that First Round clash however.

Despite losing the Glenswilly man towards the closing stages of the first half, Jamie Brennan’s goal and five Paddy McBrearty points had helped them build up a 1-15 to 0-08 interval lead, having extended the gap from just two from ten minutes beforehand.

Man of the Match Ryan McHugh was in sensational form, posting four points from wing back on an afternoon where ten different Donegal players got on the scoresheet. Aside from the breadth of score-taking, another impressive feature was Shaun Patton’s precise kick out distribution, which laid the foundation for most of Donegal’s raids on the Down goal.

To the east in Derry quarters, optimism is rife heading into this Championship. An exemplary Division Three ‘North’ league campaign included wins over current Ulster Champions Cavan and fellow provincial rivals Fermanagh, before ultimately sealing the Division Three title with a comfortable 0-21 to 1-6 win over Offaly at Croke Park a few weeks ago.

There is a vibrancy in the Derry attack at present built around the flourishing talent of Slaughtneil’s Shane McGuigan. His accuracy from frees and open play is well backed up by the likes of Niall Loughlin and Ethan Doherty, well evidenced by some of the eye-catching scoring totals racked up by the Oakleafers in the league.

Elsewhere, Conor Glass and Gareth McKinless are a formidable midfield partnership with emphasis on physicality and athleticism. The evergreen Chrissy McKaigue has bags of experience at the hub of the defence, and his club mates, brother Karl McKaigue and Brendan Rodgers, could well feature too after manager Rory Gallagher recently confirmed both are back in training after injured spells.

If Derry are to truly show they have made the step back up to the upper echelons of Ulster football, no better test than today’s formidable opponents.