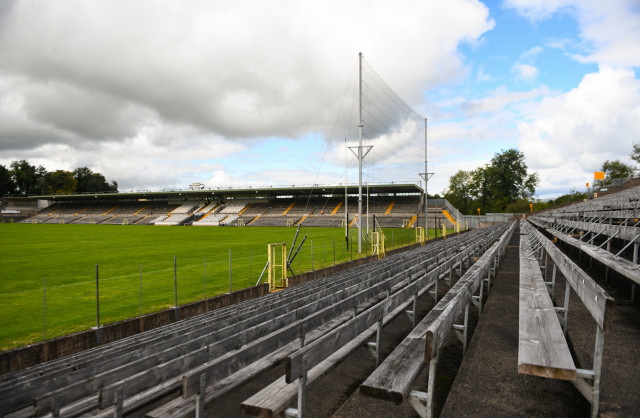 The Ernemen have proven to the tricky customers for today’s hosts in recent years. Who can forget Eoin Donnelly’s last-gasp goal that snatched a sensational victory in 2018’s semi-final in Healy Park that sent Fermanagh through to their first provincial decider in a decade?

Indeed, Fermanagh have scored more Ulster SFC victories over Monaghan, nine, than they have against any other county in the province.

The sides did meet again a year later in the 2020 All-Ireland Qualifiers where Monaghan gained retribution with a 1-10 to 1-6 win over a Fermanagh team that finished the game with 12 players.

In last year’s redesigned straight knockout Championship series, both counties fell at their first hurdle. Cavan earned a sensational win over Monaghan after extra-time in the first round at Clones, Breffni captain Raymond Galligan’s mammoth free at the death setting them on the way to a memorable run to Ulster glory and bringing manager Seamus McEnaney’s first season back to an abrupt end.

Fermanagh welcomed Down to Brewster Park a week later with a spot in the semi-final up for grabs, but after tumultuous league campaign that saw Covid-19 implications wreak havoc on manager Ryan McMenamin’s panel, they fell to an eight-point defeat to the Mournemen.

Once again, the ramifications of the pandemic have significantly altered this year’s GAA season, and so another early exit looms for one of today’s teams as the straight knockout format remains.

Monaghan’s league campaign provided many positives. Under the stewardship of Scotstown coach David McCague in the absence of Seamus McEnaney, they successfully retained their Division One status for another season. Jack McCarron swung over a stunning point to seize a thrilling extra-time win over Galway in the relegation play-off to ensure they’ll be playing top tier league football in 2022.

Indeed, Monaghan were within a hare’s breath of being in a semi-final instead of battling the drop, having earned courageous draws with Donegal and Tyrone, and losing out to Armagh by just four points in Enniskillen.

Their team this year is noticeably younger, with a raft of new players introduced to Division One football such as Killian Lavelle and Seán Jones, while Michael Bannigan and Aaron Mulligan are other up and coming performers.

The tried and trusted experience of recognised names like Conor McManus, Rory Beggan, Ryan Wylie, Karl O’Connell and Darren Hughes ensures that Monaghan have plenty of know-how within their cohort to strike a nice balance.

Fermanagh on the other hand have been rocked with personnel changes in recent years. Unavailable from this year’s setup are Jones brothers Ryan and Conall, Corrigan siblings Tomás and Ruairi, and the Cullens, Lee and Ché, leaving boss McMenamin with considerable gaps in his resources.

That being said, the Tyrone native hasn’t complained and has entrusted faith in a new batch of youthful players to step into the void, with the likes of Josh Largo-Ellis, Tiarnan Bogue, Luke Flanagan and Danny Leonard all impressing in the green jersey.

In attack, they once again boast the quality of Sean Quigley, while Ciaran Corrigan, Aidan Breen, Declan McCusker and the returning Eoin Donnelly and Ultan Kelm from injury suggests Fermanagh still have plenty of big-game performers in their ranks. Darragh McGurn is another who is expected to provide plenty of support to Quigley in the scoring stakes.

A resounding defeat to Derry aside, Fermanagh’s league had cause for optimism and they only missed out on promotion back to Division Two defeat in the semi-final to Offaly. After a lacklustre opening period, they rallied in the second half and came within two points only for Offaly to grab a late goal to seal a 1-14 to 0-12 win.