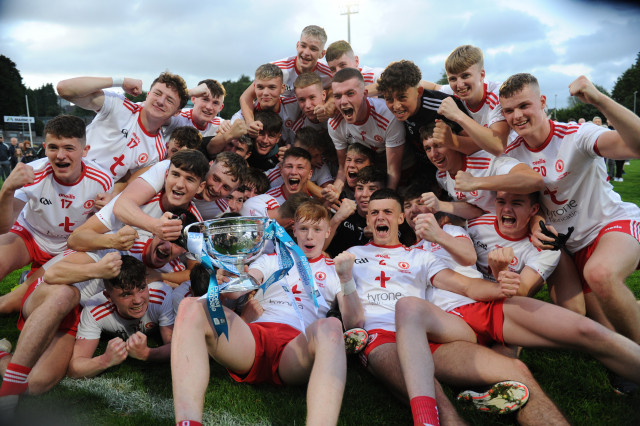 Tyrone ended a nine-year wait for an Ulster Minor title when they overcame Donegal by seven points at Brewster Park on Friday evening.

Goals in the second half from Conor Owens and Cormac Devlin put Tyrone in the driving seat as they clinched the Fr Murray Cup to set up an All-Ireland semi-final clash with Cork.

Donegal had made things tough to that point, and were within two points of the young Red Hands before Owens and Devlin struck for the important goals in quick succession.

After a quick start from Tyrone, Donegal opened their account through Kevin McCormack and Daniel Marley soon after and the teams were deadlocked after 20 minutes.

Scores from Devlin, Gavin Potter, Ronan Donnelly and Ronan Cassidy however gave Tyrone a 0-7 to 0-3 lead at the interval. 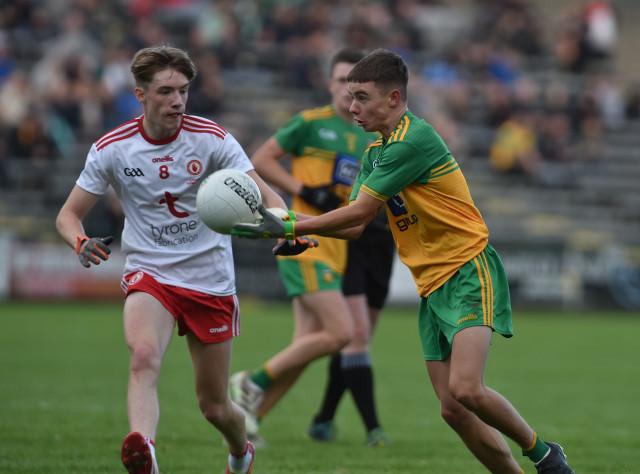 The loss of Tyrone midfielder Ruairi McHugh to a black card saw Donegal pull the game back to 0-7 to 0-5 thanks to points from Sean Ward and Michael Callaghan, but back came Tyrone with Eoin McElholm and Cassidy landing scores.

Then, in the space of two minutes, came the crucial scores that set Tyrone on their way to victory.

First, Owens found room to fire past Donegal keeper Aaron Cullen, before Shea O’Hare played a super ball to Devlin who confidently nestled the ball in the net.

Donegal did pull a late goal back when substitute Karl Joseph Molloy buried a shot from inside the penalty area, but the gap was too much and Tyrone added a couple of late points to run out worthy winners in the end.