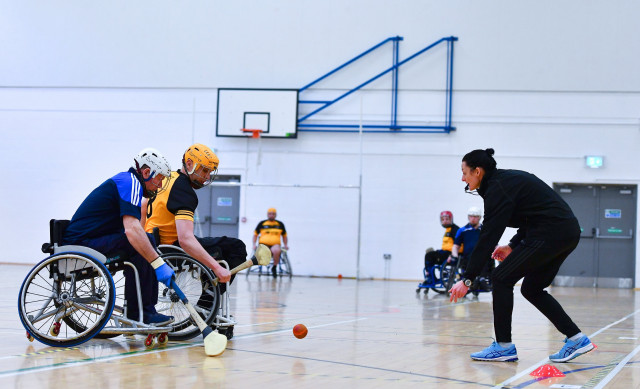 After missing out on two playing seasons due to Covid-19 players, coaches and supporters from all four provinces were excited to get the games back up and running.

‘The National Games For All Committee, led by Chairman Brian Armitage from Fermanagh along with many volunteers and GAA Staff members throughout each province have been working hard to engage with our players and coaches to prepare them for today’s games. Thanks to them all for their tremendous work.

“I want to especially thank Shane McCann and Paul Callaghan from Ulster GAA’s Coaching and Games Development team for their exceptional commitment to the development of our games in Ulster – thank you both!

“I am looking forward to watching the players showcase their skills of wheelchair hurling in the competitive arena.” 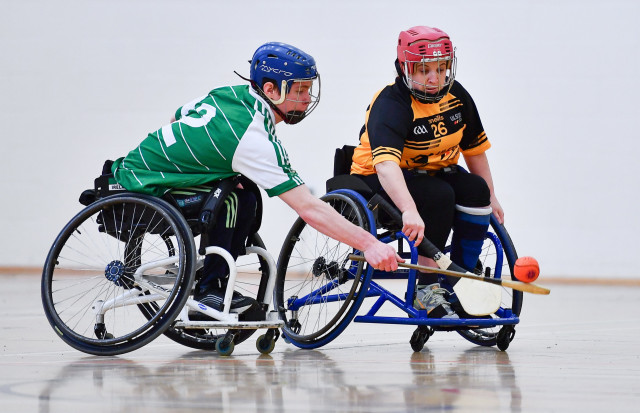 The Ulster squad had eight debutants some with only two training sessions prior to the event, all of whom gave it their best in some physical encounters. It was a steep learning curve for many of the new players up against some seasoned players from the likes of Munster and Connacht many with over ten years’ experience. Munster topped the table at the end of the day and its up to the other provinces to up their game for the next event hosted by Leinster GAA.

Ulster GAA have been trialling Wheelchair Gaelic Football over the past year and gave a demonstration to the other provinces on the day. The rules are still in development but the feedback has been positive and it is hoped that the National GAA For All committee will look to embed the sport into the competitive structures.

Ulster GAA Wheelchair Sports are growing rapidly and players, parents and coaches are encouraged to touch base with Shane McCann on shane.mccann.ulster@gaa.ie / 07920528793 to obtain further info.

We are also in the process of starting a juvenile section for 6-12yr olds – if interested please provide some information via https://forms.gle/NuzJkaLDPkoRzgjM7