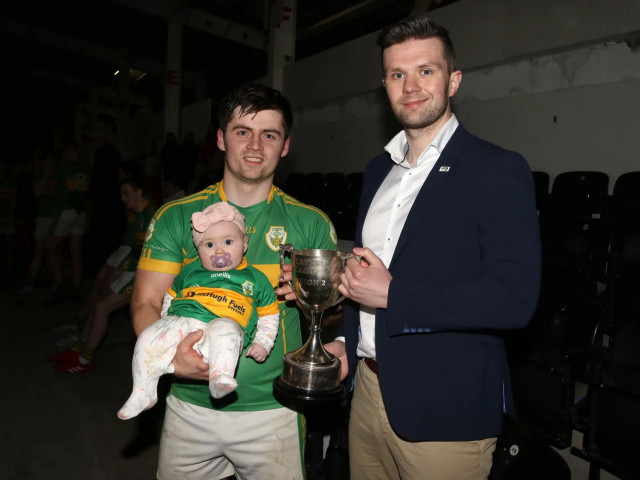 An entertaining Ulster Club Intermediate Football League culminated in Tyrone club Aghayran clinching the silverware after a 3-11 to 3-09 win over Antrim side All Saints, Ballymena in Celtic Park on Saturday evening.

St Davog’s faced out of the blocks and struck for three goals in the opening 12 minutes courtesy of Eoghan McHugh, Ethan McHugh and Benny Gallen. All Saints steadied the ship however and closed the gap to four at half time.

The Ballymena men then took control in the opening stages of the second half and gained the lead when through a Cal O’Brien goal, but it would be Aghyaran who would rally themselves in the final quarter to earn the win, rattling off final four points of the game while holding All Saints scoreless in what was a strong finish. 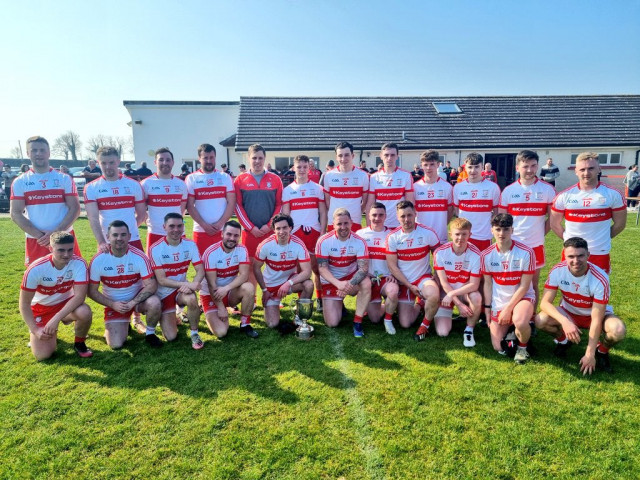 Sunday’s Junior League final was a more one-sided affair with Stewartstown Harps completing a Tyrone double after a convincing 5-15 to 1-06 win over Armagh side Middletown in Mullaghmoyle Park.

The Harps started strong and went 1-9 to 1-2 ahead by halftime, with Mark Rooney finding the net. After the interval the Tyrone side let loose and hit the net a further four times to run out conclusive winners. 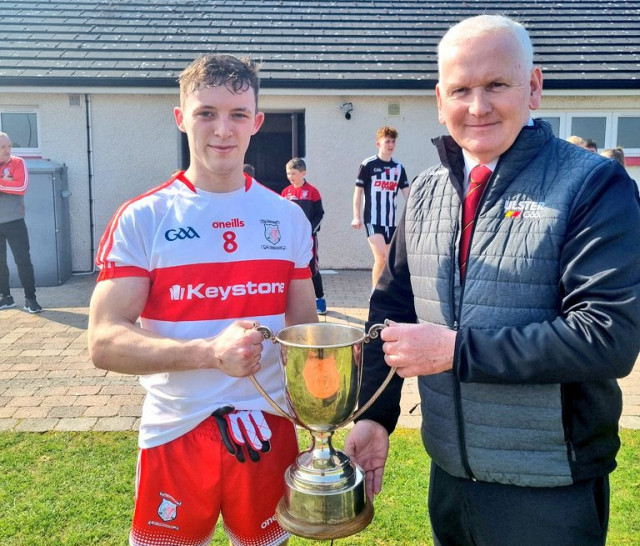 The Ulster Club Senior League final will be contested by Derry side Ballinascreen and Ballymacnab of Armagh , following their respective semi-final victories over Dungannon Clarkes and Four Masters at the weekend. Venue and date of the Senior Final to be confirmed.