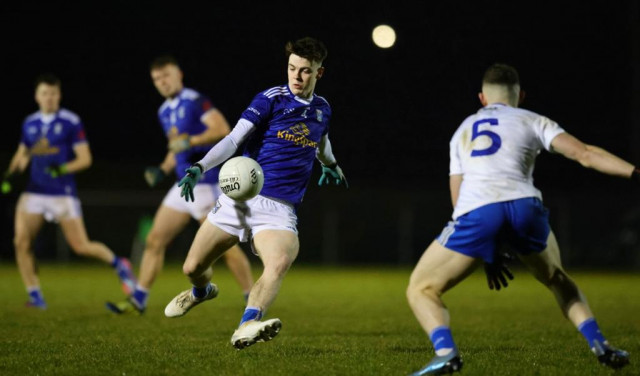 Ulster U20 holders Down exited this year’s Championship after they defeat to Tyrone at Loughmacrory this afternoon.

Adam Crimmins’ goal got Down off to a great start and they led the game by five after the first quarter, but a Luke Donnelly penalty after Ruairi Canavan was fouled helped haul Tyrone back into the game and they trailed the Mournemen by just a point at half-time.

In the second period the Red Hands kicked on, and key scores from Conor Cush and Canavan saw them take control and establish a five-point lead in the closing stages to see out the victory.

Tyrone will now play Donegal in the Semi Final after they earned a 1-13 to 0-09 win over Armagh in Ballybofey.

The hosts did the damage in the first half as Luke McGlynn’s goal sent them on their way to a 1-07 to 0-01 interval lead.

Armagh raised their game in second half and reduced then gap to just five, but Donegal finished strongly to advance.

Cavan produced a sublime performance to eliminate Monaghan from the competition Championship following an emphatic 11-point win in Inniskeen.

The visitors were much superior to the Farney side in all areas of the field, holding them to just three scores in a 1-11 to 0-03 victory.

Darragh Lovett got them on their way a goal after five minutes and they hit five of the next six points to lead by seven at the interval.

The Breffni lads took up where they left off with Lovett once again opening the scoring in the second half and Eoghan Hartin and Tiarnan Madden quickly adding scores to put the game beyond Monaghan.

Tiarnan Kearns and Stephen Mooney managed points for Monaghan late on, but they were never in contention, and Eoin Duffy’s late sending-off compounded a miserable evening.

Cavan will now meet Derry, who were put to the pin of their collar by Antrim before emerging three-point winners at Owenbeg.

The sides were level at five apiece at the halfway stage, with the Saffrons having a Sean O’Neill goal effort denied by Derry keeper Kian McGonigle.

The sides continued to trade score for score after the break, with Antrim moving 0-09 to 0-08 through Aidan McAleese score, but Derry upped their game in the closing stages to kick the last four points via Ryan McEldowney, Charlie Diamond (two) and Lachlan Murray.

Both Semi Finals will now take place next Friday evening, April 8th, with Cavan and Derry meeting at Athletic Grounds, while Tyrone and Donegal will face off at Celtic Park. Both ties throw-in at 8pm.