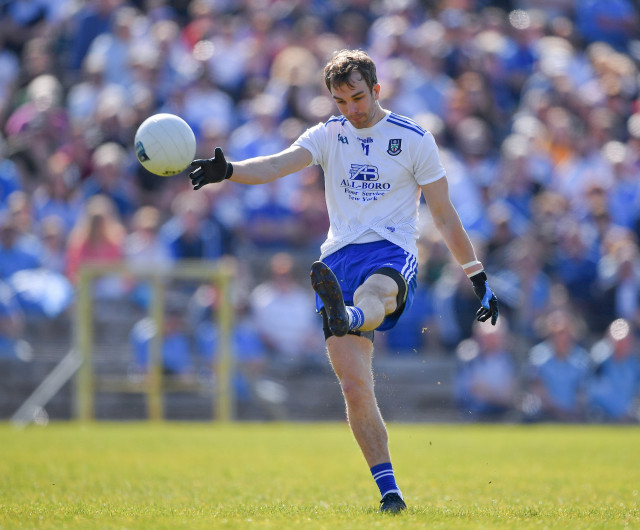 One of the standout moments of this year’s Allianz National League was Jack McCarron’s last-gasp 40-metre free to preserve Monaghan’s Division 1 status and confine Dublin to relegation on the final match day at Clones.

That phenomenal winner – part of a stunning 2-6 haul – moved Monaghan on to six points and maintained their proud record of playing Division 1 football every season since 2015, making them the second-longest serving team in the top flight after Kerry.

Not for the first time though that McCarron stepped up in a clutch moment to save the day for the Farney County. In 2021 he produced similar heroics to kick the winning score in added time at the end of extra-time to relegate Galway and keep Monaghan up for another year.

The Currin man is a gifted with intelligence, skill and a knack for the audacious. His lobbed goal against Dublin in the league was another moment of brilliance. In last year’s epic Ulster Semi Final against Armagh in Páirc Esler, he had a hand in all four first half goals that put Monaghan in the driving seat. 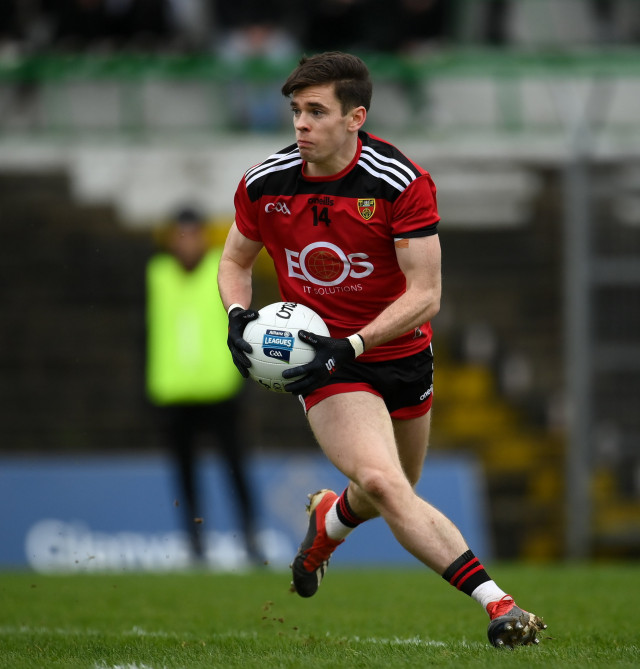 Andrew Gilmore has been very impressive in his debut year. Along with a raft of graduates from last year’s Ulster winning Under 20 Down team, the St John’s Drumnaquoile youngster was brought in by James McCartan for the Dr McKenna Cup campaign at the start of the year, and that underage promise looks to have carried through into senior inter-county football.

He has quickly established himself as a key part of the Mourne County attack, top scoring with 2-19 so far this season. Both he and Pat Havern were consistent contributors across the campaign, and while Down’s league ultimately ended in relegation to Division Three, the introduction of Gilmore was a real positive.

A dynamic corner forward who is also very accurate from frees, if Down can get a proper supply of ball into Gilmore, he can cause the Monaghan defence real problems this afternoon.