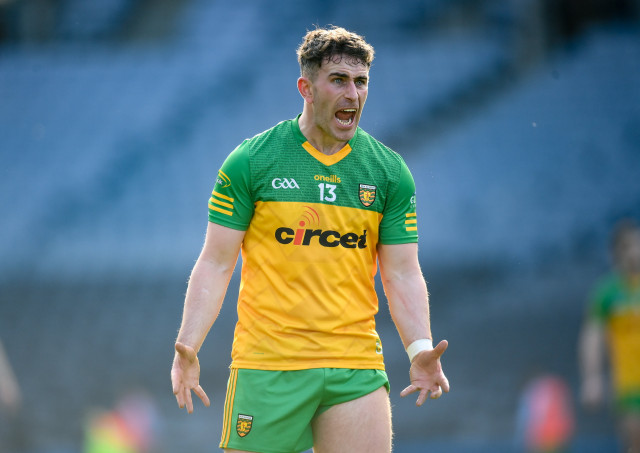 Patrick McBrearty of Donegal during the Allianz Football League Division 1 match between Dublin and Donegal at Croke Park in Dublin.

After a few seasons hampered by frustrating injuries, Kilcar sharpshooter McBrearty has been back to his best this year.

Now more than a decade into his senior inter-county career, McBrearty played an integral role on the last league day as Donegal cemented their Division One survival with a dramatic victory over today’s opponents Armagh, his last-gasp point at O’Donnell Park snatching a win that keeps them in the top tier for 2023.

Eleven years ago, he become the first Ulster footballer since Down’s Benny Coulter to play Minor and Senior Championship on the same day, and since then he has proven his undoubted class time and again.

While Donegal’s talisman Michael Murphy might be moving into the winter of his own career, at the age of 28, Paddy McBrearty is another star performer with plenty left to give. 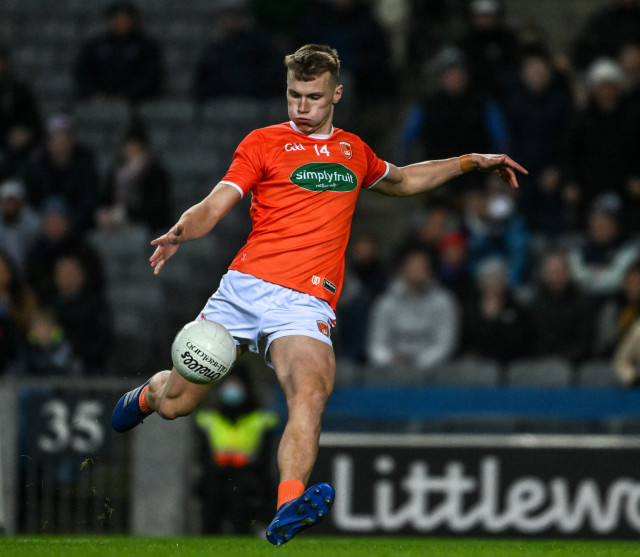 Rian O’Neill of Armagh during the Allianz Football League Division 1 match between Dublin and Armagh at Croke Park in Dublin.

The availability of O’Neill for today’s quarter-final is a huge boost for the Armagh. A collective sigh of relief must have rung around the Orchard County when news came through of the successful appeal against the suspension the Crossmaglen man received in the wake of the final league game against Donegal.

A mercurial talent, O’Neill lit up the opening weekend of the league with a sensational performance against Dublin under the lights in Croke Park, hitting a superb goal and a string of great points that made the whole country sit up and take notice.

Strength, speed and supreme skill all encapsulated, he delivered another shining performance in their second day out against reigning Ulster and All-Ireland champions Tyrone at the Athletic Grounds, setting up a goal with a beautifully measured defence-splitting pass.

Still just 23 years old, O’Neill has been a symbol of Armagh’s rise in recent seasons as top title contenders. His performance will be essential to an Orchard win today.