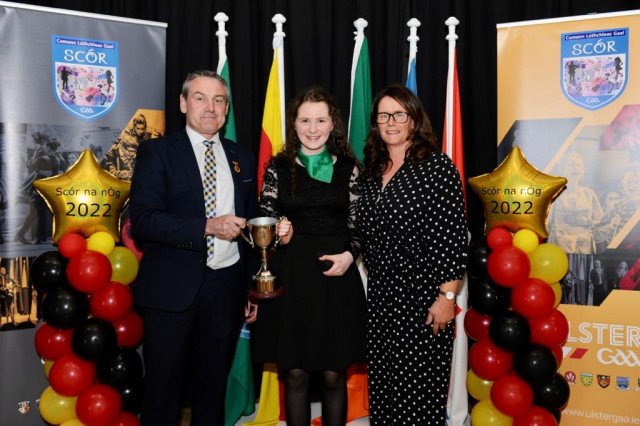 The Ulster Final of Scór na nÓg 2022 took place in Béal Átha an Airgid on 2nd April, in what was a true return to form for one of the busiest nights of the year in the Scór calendar.

An excellent showcase of the talented Gaeil Óga of Ulster, as our youth took to the stage to sing, dance and act in front of a full house in Ard Mhacha.

Uachtarán CLG Uladh, Ciarán Mac Lochlainn was in attendance on the day, taking to the stage and addressing the attendees in CLG Bhéal Átha an Airgid:

“The hard work involved in getting here today has to be commended. I want to take a moment to mention the parents and guardians of our competitors who have supported them.

“I would like to congratulate all the competitors for their hard work, and mention the diligence of the counties and the provincial Scór committee in pulling together all of the competitions in such a short time frame. Comhghairdeas libh ar fad. Scór is back!” 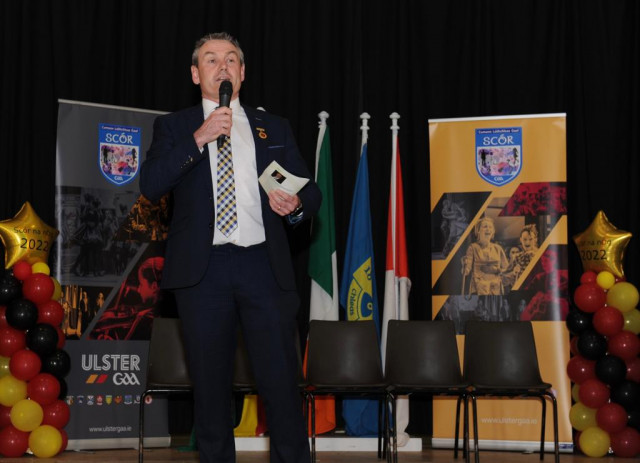 Before the winners were announced, Cathaoirleach Choiste Scór Uladh, Póilín Mhig Aoidh, congratulated all of those who took part on the day, and noted the success of streaming the event live at no cost for all of those who were unable to attend on the day, announcing that over 3,000 people had tuned into the event. Paula also commented on the electric atmosphere in the room, as prior to the results, all attendees in the jam-packed Silverbridge hall danced and sang together – the competitive nature of the day all but forgotten! 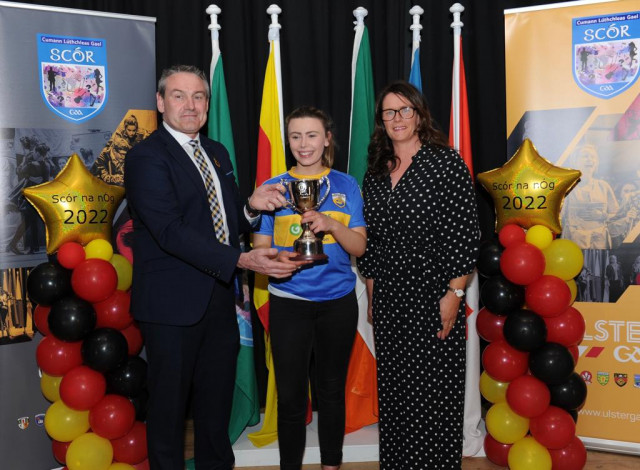 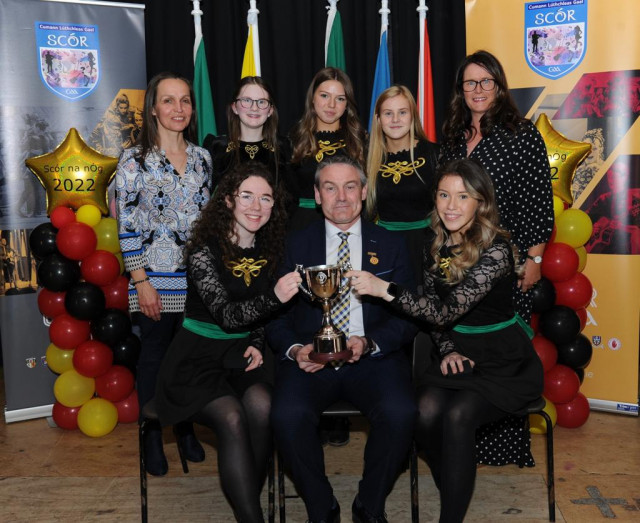 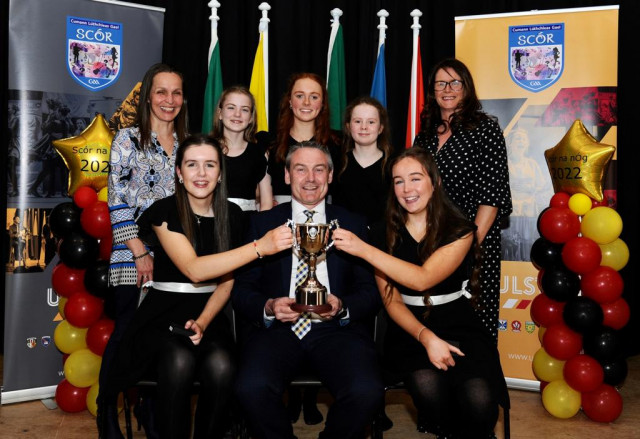 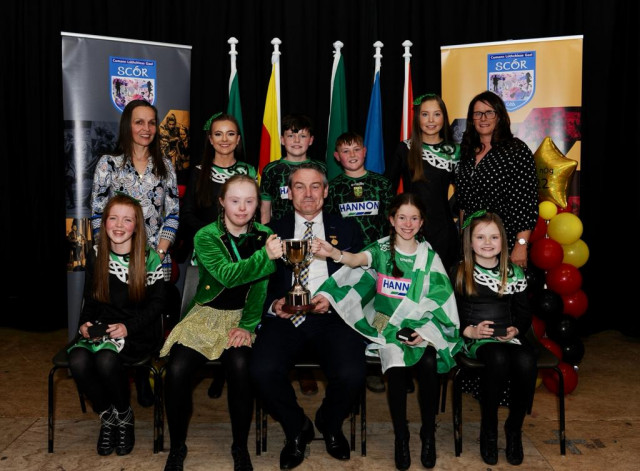 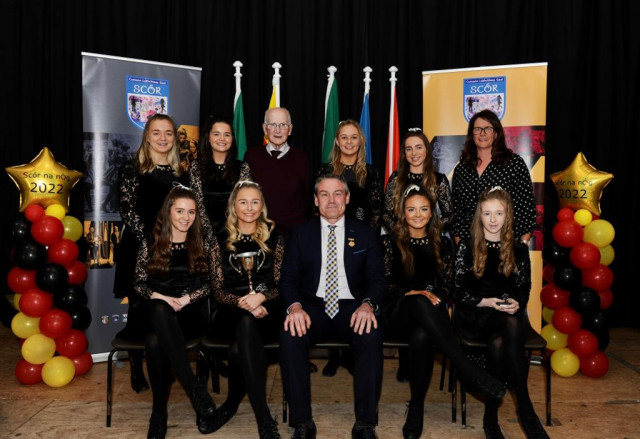 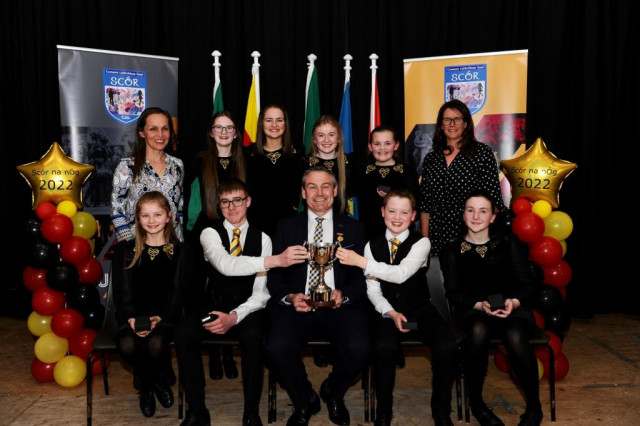 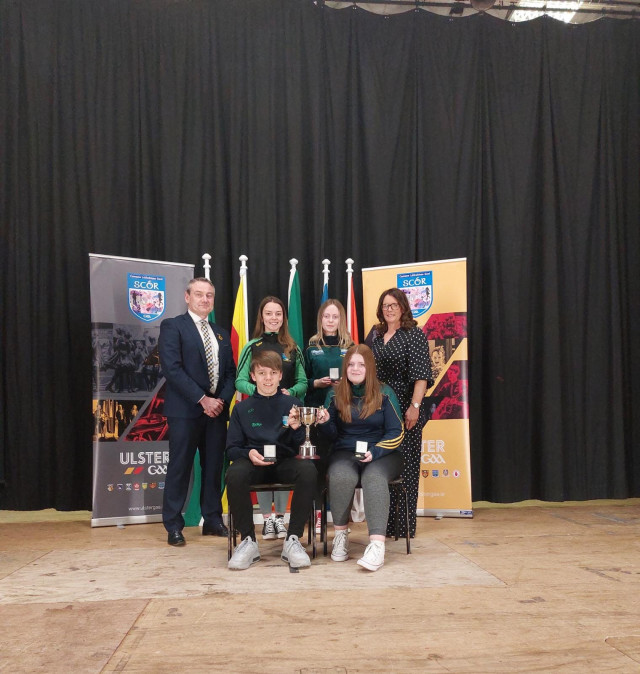