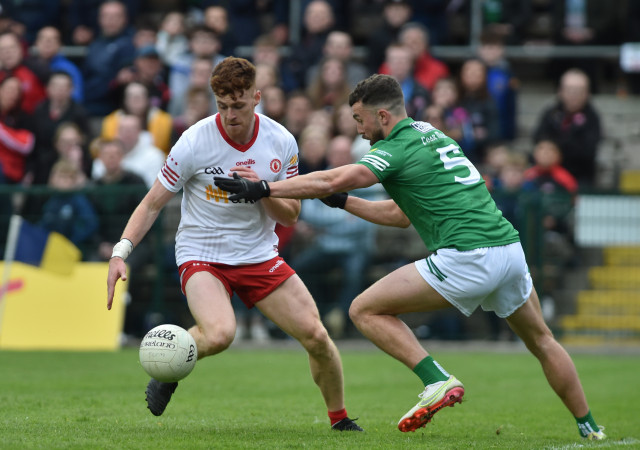 Tyrone began the defence of their Anglo-Celt crown with a seven-point win over a spirited Fermanagh at Brewster Park on Saturday evening.

The All-Ireland Champions went into the game as heavy favourites, but such was not evident by the halfway stage with Fermanagh trailing by just a point, and largely playing the better football of the two teams.

By the 23rd minute they led 0-5 to 0-2 through points from Ryan Lyons and Sean Quigley, while Conall Jones finished a flowing move with a point of his own.

Darragh Canavan got Tyrone up and running and Niall Sludden added another, but they required three Darren McCurry points; a free, a mark and one from play to put themselves back into it.

Fermanagh had a possible goal chance when Declan McCusker executed a brilliant tackle and then created a point for Sean Quigley.

Tyrone needed a response and it came just before halftime from the ever industrious Conor Meyler, who slalomed his way through the Fermanagh defence to poke the ball home to the net past Sean McNally. 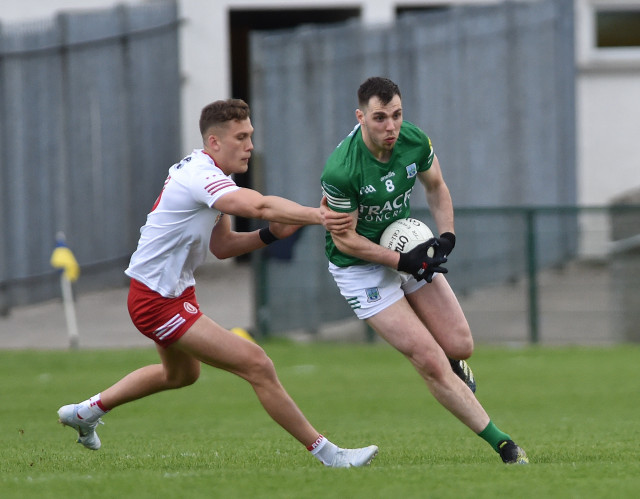 That score gave the Red Hands a slender lead at the break, but they emerged for the second period much more in character.

The half-time introduction of Conor McKenna helped them race into an eight-point lead with the Eglish man scoring two points and laying on Tyrone’s second goal for Liam Rafferty. Cathal McShane and McCurry were also to the fore as Tyrone rattled off 1-8 without a reply from the Erne men.

The hosts however refused to throw in the towel, and two late goals via Josh Largo Ellis and Conall Jones helped bring down the margin in the end-up. McKenna’s red card dismissal the closing stages mired Tyrone’s day, but they progress to take on Derry in the quarter-final in a fortnight’s time.