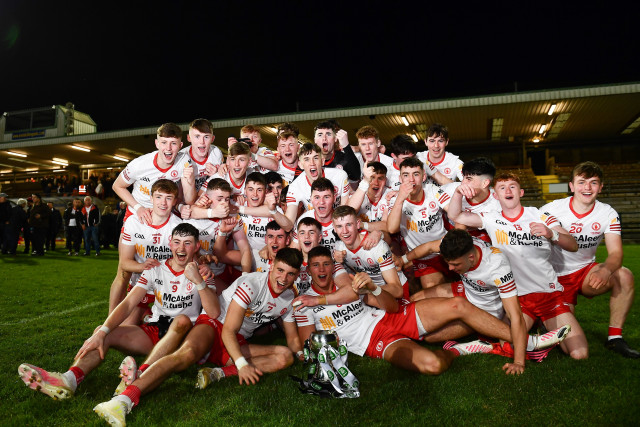 Tyrone held on to claim the Corn Dhónall Uí Mhurchú in a riveting EirGrid Ulster Under 20 final at Enniskillen on Friday night.

Five second-half points in a row saw them come from two down to three up, and while Cavan carried the fight to the very end, Tyrone held on to take the title by the narrowest of margins

Tyrone got out in front for the first time with eight minutes to go, extending that lead to three before holding on against a late Cavan onslaught to take the title. 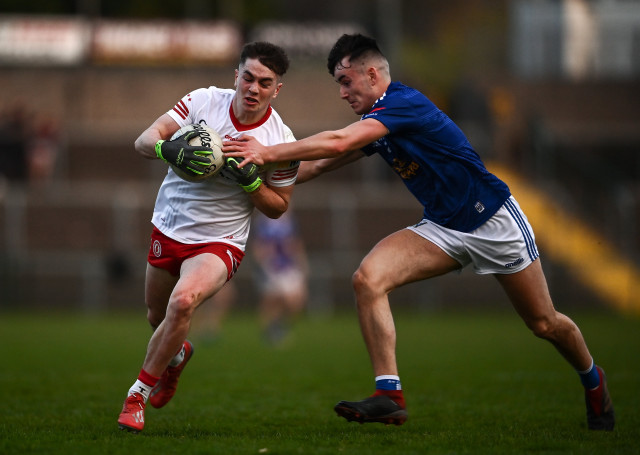 At half-time, Cavan, who had impressively dismissed of Monaghan and Derry, were ahead by 0-6 to 0-5 having started well, and dominated the Tyrone kick-out, with Brían O’Rourke outstanding in the middle.

Dynamo Darragh Lovett (two) and O’Rourke (two) helped propel the the young Breffni men into a 0-6 to 0-3 lead, but a pair of frees from Canavan cut the gap to the minimum at half-time.

Cavan again began well in the second period, Lovett breaking clear for the opening point, and he was involved again minutes later when he won a free which Fionntán O’Reilly converted.

The Red Hands then made their surge to chalk off five points in succession, the first four from Man-of-the-Match Canavan, three frees and a sublime sideline ball.

Sub Gavin Potter provided a point from close range as Tyrone looked to pull away, but it was Cavan who found a late push. Two huge points from replacement Daire Madden made it a one-point game, but the equalising point never came after a couple of wayward efforts, and they agonisingly fell to defeat.

Tyrone, champions in 2020, got their hands back on the silverware and now go forward into the All-Ireland series to take on the Munster winners. 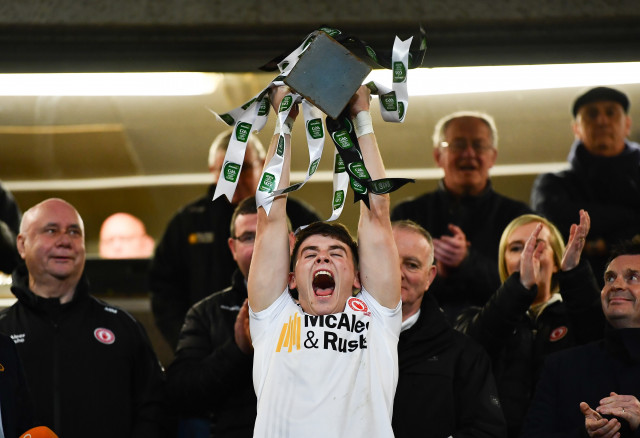