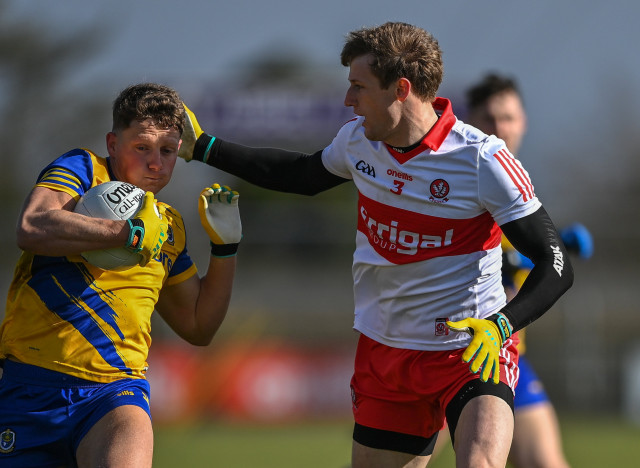 Brendan Rogers wasn’t long off the back of a long club campaign with Slaughtneil hurlers before he was back in the saddle with Derry footballers for 2022.

The talented dual star was a revelation in the Emmets’s forward line as they stormed to Derry and Ulster titles before narrowly losing out to Ballygunner in the All-Ireland Club Semi Final.

His prowess in the big ball game however is displayed at the other end of the field, in the full back berth. The 28-year-old wasted no time in making himself available ahead of Derry’s National League campaign, and he played an essential role as Rory Gallagher’s side mounted a tilt at promotion from Division Two.

Despite narrowly missing out with a third-place finish, no harm was done to Derry’s belief of causing an upset against reigning Ulster and All-Ireland kingpins Tyrone in their Championship opener in Omagh a fortnight ago.

Rogers was in typical barnstorming form, toughing it out with Cathal McShane and then Darragh Canavan in a sensational 11-point win, while also looking forceful when roving up from defence to launch Derry attacks. 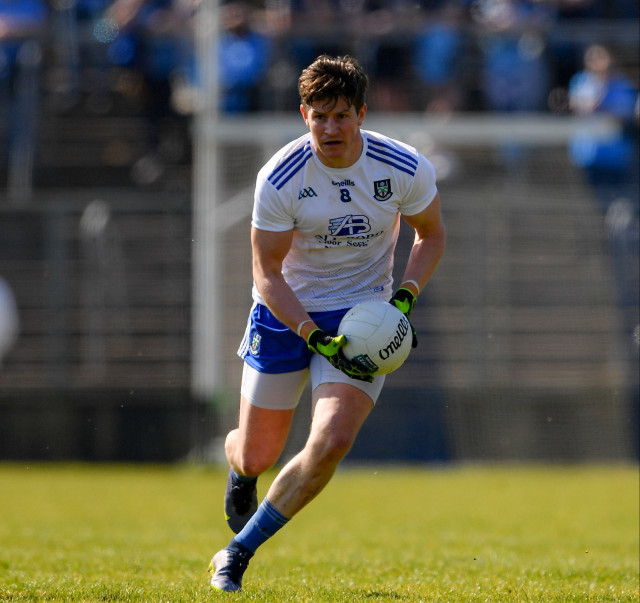 Scotstown man Darren Hughes can rightly be attributed the tag ‘warrior’. Vastly experienced in the Farney colours, he’s one of the longest-serving county players in the country.

Hughes turned 35 in February, but with his unerring drive and energy he remains an anchor in centre field for his county.

First brought into the Farney panel by current boss Seamus McEnaney way back in 2006, 16 years on both men are continuing to put their shoulder to the wheel for Monaghan, with Hughes starting all seven league games this year.

Alongside Niall Kearns (ten years his junior) in midfield, the duo reinforced their dominance over Down’s Niall McParland and Odhran Murdock in the quarter-final after an early second half goal had clawed the Mournemen back into the game momentarily. Hughes helped to get his team back on a firm footing, and he laid on a Conor McCarthy point soon after as Monaghan cruised to a 10-point win.

Having won Ulster Senior medals in 2013 and 2015, and with plenty of Championship victories under his belt from down through the years, his experience will be crucial against a confident Derry team today.