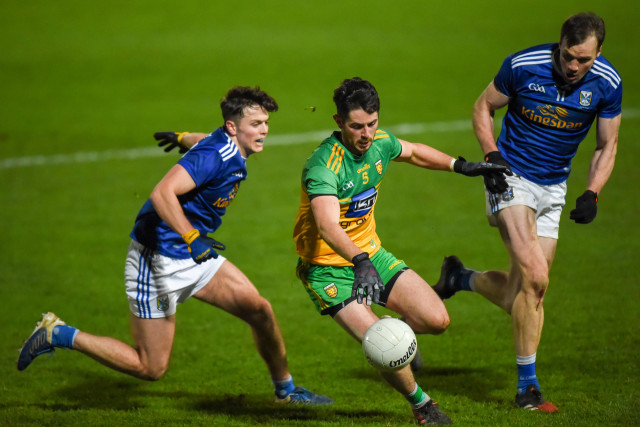 Conor Madden fired to the net in injury time to claim a remarkable win for Cavan as they collected a first provincial title in 23 years. A second provincial final in a row involving these two sides couldn’t have been more different than the setting for the 2019 final. With no crowd in the Athletic Grounds, and weather conditions far from ideal, Cavan produced a display full of heart, determination and no shortage of skill to stun Donegal. Cavan made the early running, leading 0-5 to 0-2 after the first quarter, before losing Killian Brady to a black card. That allowed Donegal to steady the ship, and they turned the tie around to lead 0-9 to 0-7 at the break. From there on it was nip and tuck, with Micheal Langan and Martin Reilly trading points. Oisin Kieran edged the Breffnimen ahead with five minutes to go, but with Donegal pushing for an equaliser to force extra time, it was Madden’s goal which sealed the game. 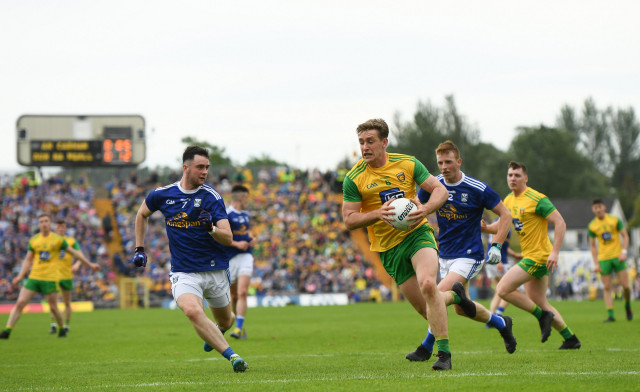 Donegal dominated this Ulster Final from start to finish, collecting their fifth provincial title in nine season, with the trio of Murphy, McBrearty and Brennan proving to be in irresistable form. Donegal raced into a 0-13 to 0-5 lead at the break, with Brennan contributing three points from play alongside impressive scores from Eoghan Bán Gallagher and Ciaran Thompson, as Cavan could not live with the pace and power of Donegal. On the restart, the Cavan challenge began to kick into gear, with Dara McVeety and Gearoid McKiernan kicking some nice points. But Brennan’s goal in the 58th minute ended any thoughts of a remarkable comeback, as Michael Murphy raised aloft the Anglo Celt Cup. 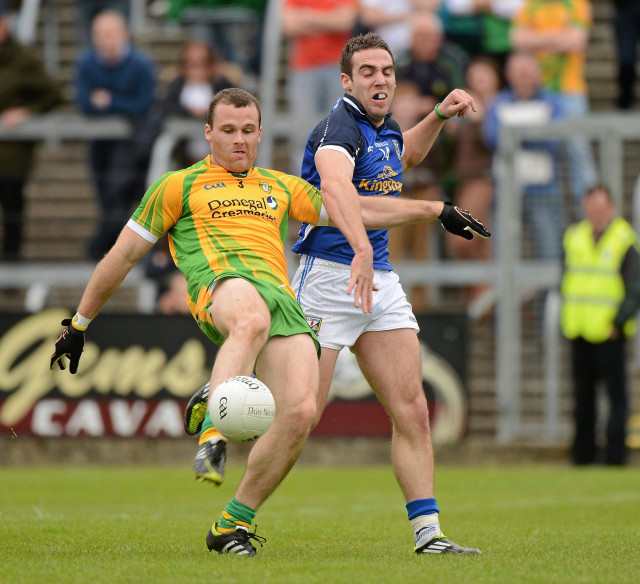 Ulster Champions Donegal progressed to a quarter-final encounter against Derry after defeating a youthful Cavan side at Breffni Park. Colm McFadden top scored with 1-6 as the reigning champions go about defending their title for the first time in their history. Cavan had started the game brightly, with a long-range score from Eugene Keating the pick of the bunch. The 12,847 spectators were almost treated to an early goal after Brendan Fitzpatrick’s shot rattled the Donegal crossbar. But thereafter the Cavan challenge begane to fade, and a penalty from McFadden just before the break gave Donegal a six point cushion they would maintain until the end. McFadden and Mark McHugh added points in the second half, as Cavan went over half an hour without registering a score.