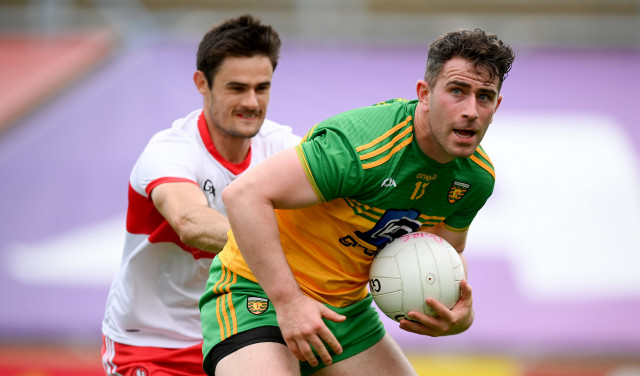 McKaigue has so far been deployed on two of the game’s finest forwards in Darren McCurry and Jack McCarron, underlining his status as Derry’s man marker in chief.  He held McCurry to two points from play, no mean feat, and was an example of defensive discipline throughout the contest.

The Slaughtneil man kept McCarron scoreless from play, but did concede a point from a mark and gave away three scores from frees.

McBrearty looked to be well curtailed by Armagh in the early stages of the quarter-final, but the Kilcar ace’s quality came through as he broke free of the shackles in the second half, swapping passes with Caolan Ward to fire in a goal and landing a stunning point from play.

His display versus Cavan bore a similar pattern, McBrearty coming to the fore after the break to float over a beauty from the right wing without looking at the posts before being on hand to slam home a late goal. 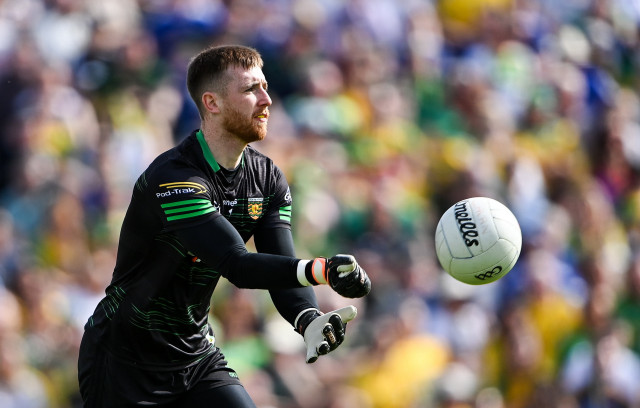 Magherafelt stopper Lynch has enjoyed two clean sheets from two, as well as having an influence on some of Derry’s most critical scores. Kept out a Conor Meyler goal effort against Tyrone midway through the first half in Omagh, and his kickout performance was solid, only losing three restarts.

He was safe as houses under the high ball against Monaghan, and it was his huge delivery downfield that led to Benny Heron’s first goal.

Patton has forged a reputation as one of finest goalkeepers in the business. Made a fine save to deny Armagh’s Aidan Nugent early in the second half, and Donegal retained 17 of his 21 kick-outs as they pushed on to an assured victory.

He kept a determined Cavan at bay in Clones three weeks ago, making a vital save when he got fingertips to James Smith’s goal-bound drive before half-time, which came back off the crossbar. His distribution from kickouts is a massive feature in the Donegal gameplan. 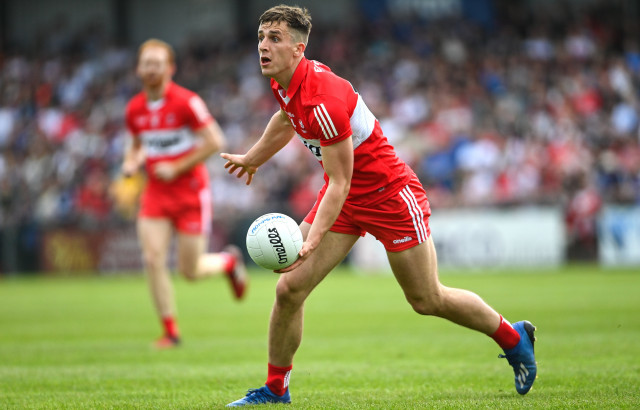 The Slaughtneil sharp-shooter was Derry’s leading scorer in the League, and he carried that rich form into the quarter-final tie with Tyrone registering 1-4. McGuigan’s confidence was evident from how decisively he rifled his penalty past Niall Morgan, and his two points from play were also flourishes of quality.

He was again a handful at the Athletic Grounds a fortnight ago, finishing the first half with a mark and two points from play, while also taking a brilliant mark on a kickout. It total, he kicked seven points from eight shots against the Farneymen.

McCole’s series of impressive league performance had him tasked with marking Armagh’s talisman Rian O’Neill at Ballybofey, and he utterly excelled. The Crossmaglen man never scored, and with his nullification by McCole went any real hope of an Armagh victory on the day.

The job against Cavan’s Paddy Lynch proved to be a much trickier assignment, especially in the first half, but the Crosserlough forward’s influence waned in the second period. McCole then went onto the also-dangerous James Smith and looked more comfortable. He’ll have to be at his very best to put a stop to Derry scoring chief McGuigan this afternoon.