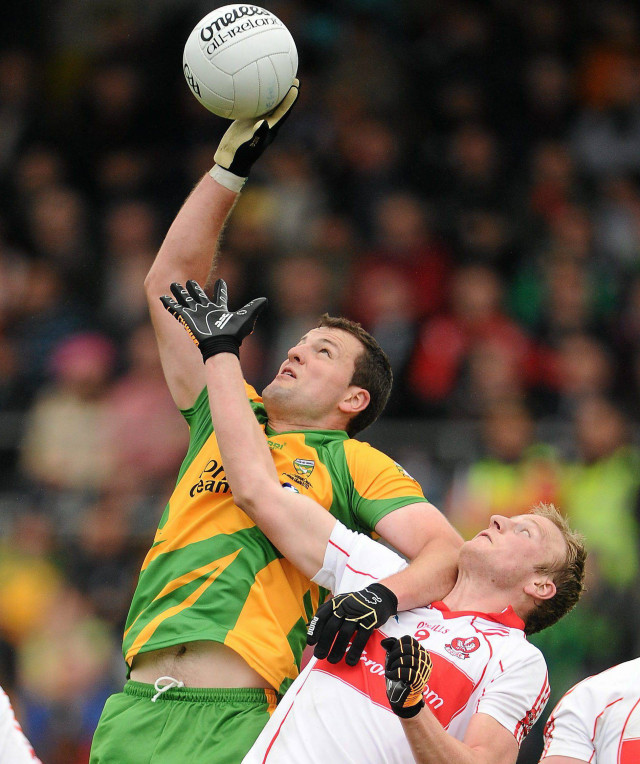 A second half penalty from Michael Murphy helped Donegal to their first provincial title since 1992 as they proved too strong for Derry in the Ulster GAA Football Championship final in Clones.

The teams went in at the break level with the scores at 0-5 apiece, but after the restart a long ball into the Derry danger area caused Danny Devlin to foul Murphy and the Glenswilly man stepped up to finish off the spot kick. Colm McFadden, who scored 0-4, gave a fine performance and along with Murphy the pair proved a handful for the Derry full-back line.

Derry brought Donegal’s lead down to three points but they only managed to score a total of three points in the second half and Donegal were never in danger of losing this game. 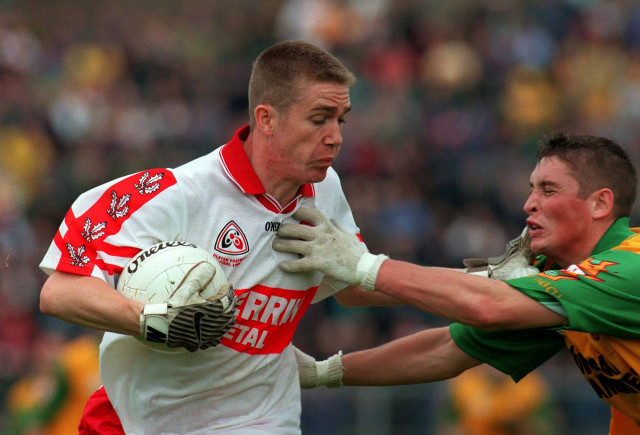 A goal in the first minute of injury time from Joe Brolly saw Derry collect their seventh Anglo Celt title, and condemned Donegal to a gut-wrenching defeat in front of a 28,369 capacity crowd.

Brolly was on hand to apply the finishing touch after super-sub Geoffrey McGonigle and Anthony Tohill swept through the Donegal defence. The goal came somewhat against the run of play in what had been a dull affair up until that point. Derry had started the brighter, with frees from Brolly and Eamonn Burns helping open a two point lead after just 10 minutes before Donegal hit back through Brendan Devenny and Adrian Sweeney to level matters at 0-3 each at the break.

Devenney and Tony Boyle gave Donegal the early advantage in the second half, and thought they had clinched the game when John Duffy punched to the net only for it to be disallowed. A replay looked inevitable before Brolly’s late intervention. 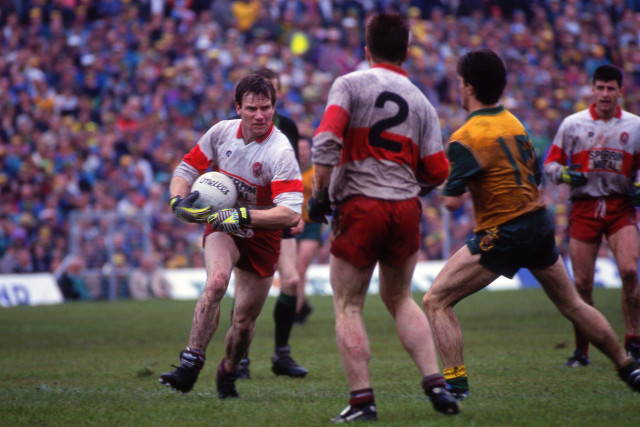 On a rain-soaked afternoon in Clones, Derry ended Donegal’s reign as All-Ireland Champions with a famous victory and collected their first Ulster title since 1987 in the process.

In a game where scores were at a premium, the accuracy of Enda Gormley was a crucial part of Derry’s success. Manus Boyle and Joyce McMullan had given Donegal an early lead, which could have been even more had John Duffy not blasted wide when through on goal. Derry were reeling at this stage, as a more physical Donegal side adapted better to the conditions.

Gormley got Derry off the mark with a free before Damien Cassidy and Martin McHugh exchanged scores to see Donegal lead 0-5 to 0-4 at the half time break. Derry would return to the field like men possessed after the break, and they rattled off four scores in a row from Anthony Tohill, Cassidy, Damien Barton and another Gormley free. That scoring burst inside the first eight minutes of the second half was enough to win the game.

As conditions deteriorated, only one point was scored in the final half hour, a Duffy free for Donegal, as Derry held on for victory.