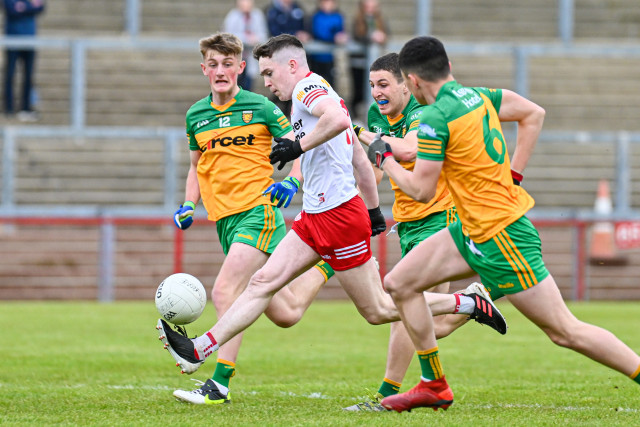 When Tyrone found themselves three points in arrears with time running out at Celtic Park last week, they needed someone to grab the game by the scruff of the neck and give themselves a shot at victory. Up stepped McElholm, taking on a captain’s role as the Red Hands reeled in a three-point deficit to force extra time.

Firstly, his incisive run and pass set up Callum Daly to cut the gap to two. Then, after Sean Hughes left one point between them, McElholm kicked a wonder score from the stand side to force the extra 20 minutes. A survivor from last year’s Minor side who won the Ulster Championship and reached the All-Ireland Final, McElholm’s influence has been crucial in Tyrone reaching back-to-back finals. 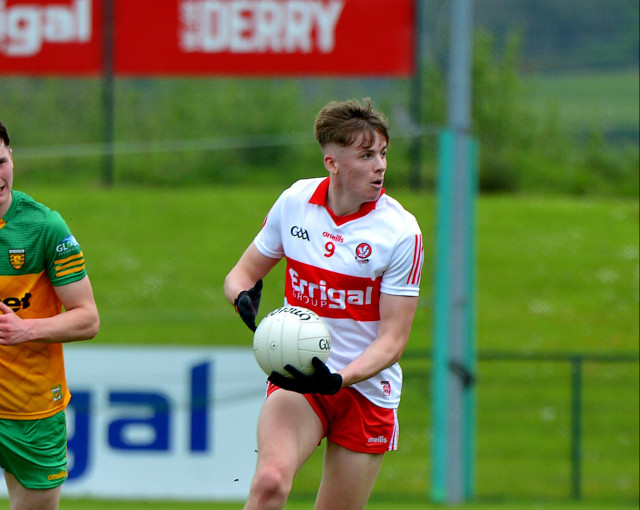 Speaking recently on The GAA Social podcast with the BBC, Forbes portrayed a wise head on young shoulders as he spoke passionately about representing his club Ballinderry and captaining Derry Minors, all while managing to win a MacRory Cup medal with his school St Mary’s Magherafelt back in February. That campaign for St Mary’s brought him into the spotlight as one of the most talented players of his age, with several standout performances throughout the competition.

He has certainly carried that momentum into this year’s provincial campaign for Derry, acting as a driving force at midfield in a side brimming with talent. He helped himself to three points in last weekend’s semi-final clash with Cavan and played a pivotal role in several others. Derry will be hoping for more of the same today. 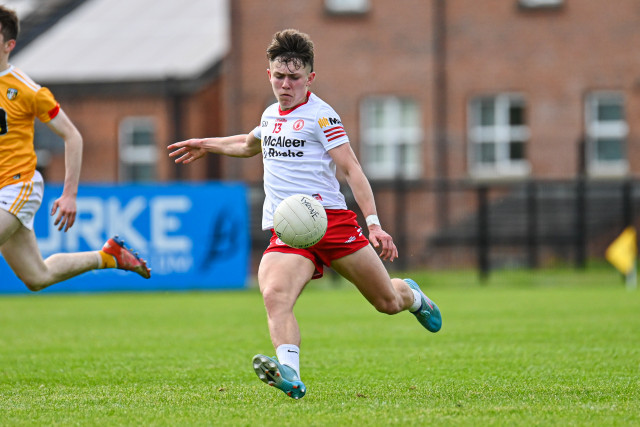 The Donaghmore sharpshooter has helped himself to 1-12 across the three Championship games that Tyrone have played thus far. With captain Eoin McElholm operating in the half forward line, the mantle has fallen to Grimes to provide the scoring threat closer to goal, and he hasn’t disappointed.

His ability to score off both feet, alongside a lightning injection of pace, make him more than a handful for any defence to get to grips with. With Donegal dropping numbers back behind the ball, Grimes’ ability to making probing runs and break the line were crucial to Tyrone keeping a foothold in the game. He also stepped up to slot home Tyrone’s first penalty in the shootout.

A big game player who Tyrone will hope can spark into life in the wide open spaces of Clones. 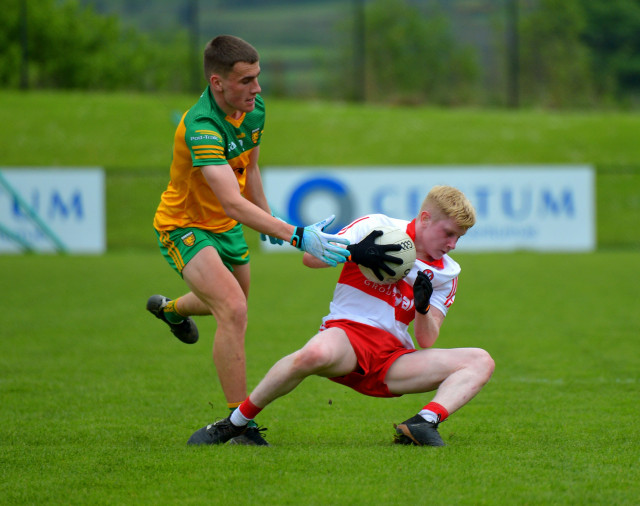 The challenge of nullifying Grimes is most likely to fall to the tight marking corner back from Slaughtneil. A supremely talented defender, McEldowney’s pace and quick feet make him a nightmare for any inside forward to shrug off. He has been Derry’s go to defender in the early part of the competition to date, providing a steadying influence across the entire backline as well as effectively cancelling out the oppositions main threat.

He captained St Patrick’s Maghera to the Rannafast Cup title back in March, breezing through the competition where they defeated Tyrone opposition in the form of St Patrick’s Academy Dungannon, St Joseph’s Donaghmore and Omagh CBS in the early rounds.

And yet, despite all his defensive capabilities, he still found the time to maraud forward against Donegal in Round 2 and kick a fine score.