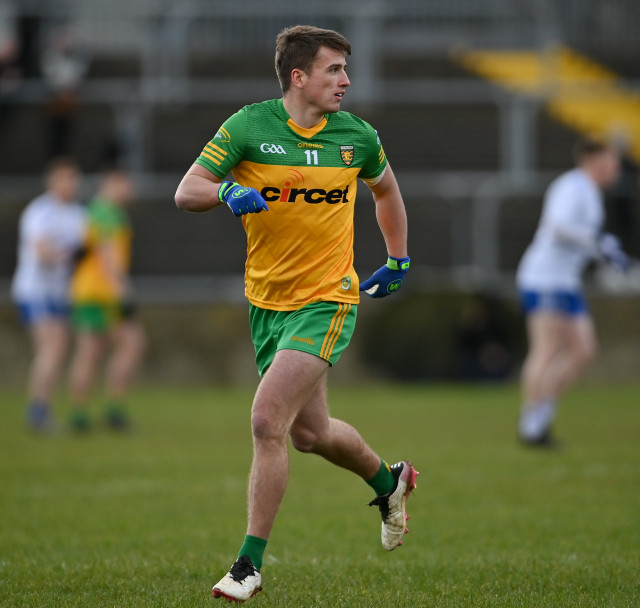 In a Donegal squad with plenty of Anglo Celt medals to go about, Peadar Mogan’s pockets are empty. The successful 2018 and 2019 campaigns came too early for the St Naul’s dynamo as he broke onto the scene in 2020. He made an instant impact in his rookie year however, helping to dispatch Tyrone on his Championship debut, before scoring 1-2 in a Man of the Match performance against Armagh in the semi-final.

That year Donegal came undone in the final against Cavan, and last season they fell to eventual Ulster and All-Ireland champions Tyrone at the quarter final stage, but they find themselves back in the familiar territory of a provincial decider this time, and Mogan’s contributions have again been key to the path.

He acted as Donegal’s sweeper for most of the semi-final against Cavan but as Donegal got to grips in the second half, the ever-energetic Mogan also got forward more late on to good effect.

His direct ball-carrying and insatiable work rate has been a facet of Donegal raising the tempo in the second half of both games to date, and he is more than capable of chipping in with scores as he pieces through the gaps in the opposition defence. 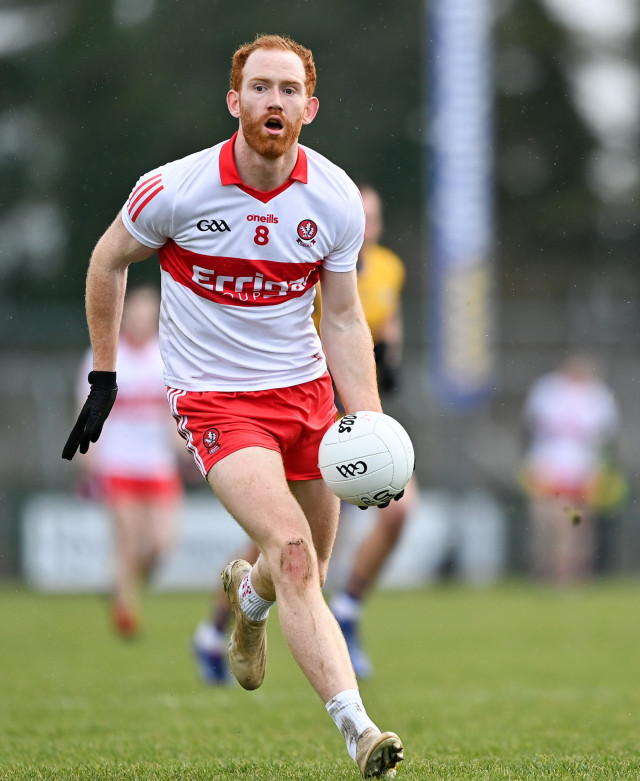 Conor Glass calling time on his Australian Rules career with Hawthorn and returning home to don the Oak Leaf County colours was news to delight for Derry fans two years ago.

The powerful midfielder has been quick to make the impact they’d hoped he would, thriving for both club and county since his return. Last year he was at the fulcrum of Glen’s Derry title win, as well as sealing league promotion to Division Two with Rory Gallagher’s side.

This Championship campaign has saw Glass push on again. He excelled in the air in the Tyrone game, most of it competing and breaking down Niall Morgan’s long kick-outs which set the foundation for Derry’s memorable victory. He was already dominating the midfield exchanges by the time Brian Kennedy saw red in the first half, while Conn Kilpatrick also struggled to match his rival’s aerial ability.

Against Monaghan the Watty Graham’s man had a fascinating and very even battle with Niall Kearns, who was arguably one of Monaghan’s best performers on the day. He took his fair share of high catches and ensured Derry maintained their steady platform to go on and book their place in their first Ulster Final since 2011.