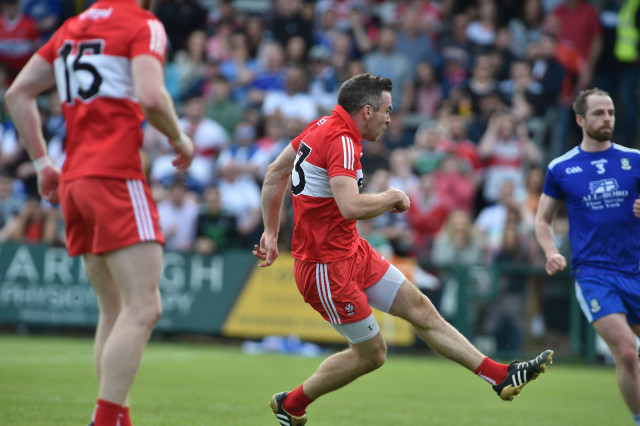 Derry are through to their first Ulster SFC Final since 2011 after a strong first-half performance led them past Monaghan at the Athletic Grounds.

Goals by Benny Heron and Gareth McKinless had Derry in the driving seat after 22 minutes, and although after the break Monaghan cut their deficit from eight points to three at one stage, Heron hit the net once more to lead Rory Gallagher’s side to victory.

The Oak Leaf County began well and had 1-2 on the board by the time Monaghan got off the mark, as points by Niall Toner and Shane McGuigan were followed by a goal from the strong-running McKinless. A brace of frees by Jack McCarron got Monaghan up and running, but Derry powered on when keeper Odhrán Lynch’s long delivery found Toner to set up Heron for goal number two.

McGuigan and Niall Loughlin opened up an eight-point gap and although Monaghan tacked on a run of scores towards the end of the half through Conor McCarthy, Darren Hughes and Conor McManus, Derry were still 2-7 to 0-6 clear at the interval. 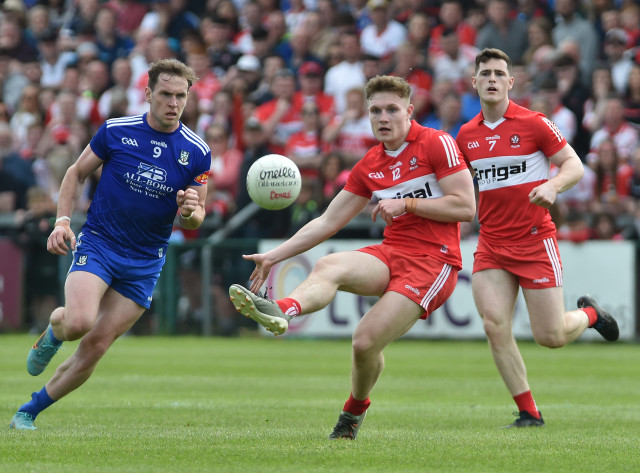 A more determined Monaghan began the second half, Andrew Woods, McCarron and McManus hitting points to close the gap, but an Emmett Bradley point after a solo run the full length of the pitch was an inspirational response from Derry.

Dessie Ward, Niall Kearns and Ryan McAnespie added points as Monaghan chipped away at the lead, but Heron again was on hand to coolly finish to the net of the net to deal the Farney another hammer blow.

Two Paul Cassidy two points kept Derry’s scoreboard ticking, and only a goal would give Monaghan any hope, but the Oakleafers as they shut the door at the back, with only points arriving from McCarron and McManus.

Derry now advance to the provincial decider against neighbours Donegal on May 29th at Clones. 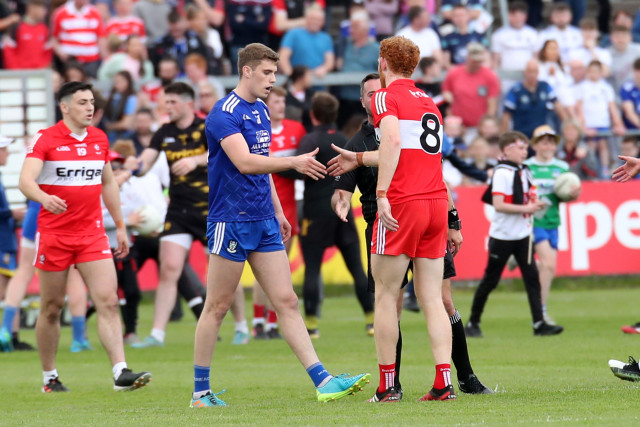